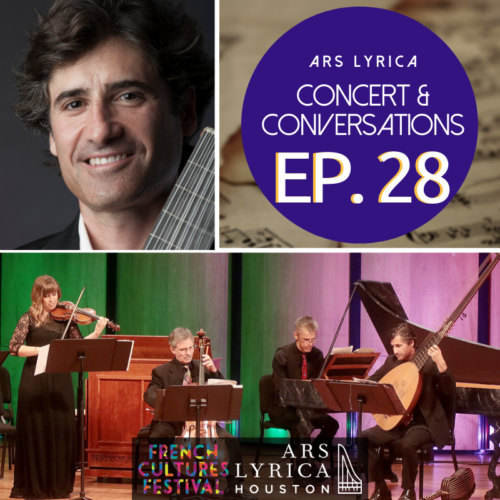 In collaboration with the 2021 French Cultures Festival, join Ars Lyrica musician Michael Leopold for a special segment exploring the theorbo and its solo music from France. He discusses how and why the theorbo came into existence at the end of the 16th century and what makes it such a unique member of the lute family. The theorbo was widely used in France in the 17th century, mainly as an accompaniment instrument, but there was also a trove of rich and beautiful solo music written for theorbo. Michael Leopold guides audiences in a deep dive into the culture and history of France and connects them with the repertoire of French early music for theorbo.