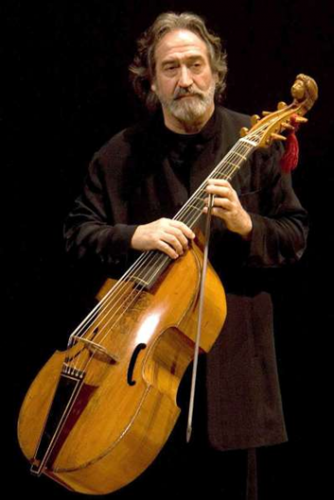 “Jordi Savall is an exceptional figure in today’s music world. His career as a concert performer, teacher, researcher and creator of new musical and cultural projects, makes him one of the principal architects
of the current revaluation of historical music.”

Seattle, WA ­‑ Early Music Seattle is excited to present the return of the legendary Jordi Savall to Seattle to perform music from the score of Tous les Matins du Monde, the 1991 French film starring Gérard Depardieu that introduced the world to the music of the late French Baroque.

Jordi Savall will return with a baroque ensemble of six to perform music from the score of Tous les Matins du Monde, the 1991 French film featuring the music of Monsieur de Sainte Colombe, fierce and somber man, grand master of the viola da gamba and professor of Marin Marais, prestigious musician in the court of Louis XIV.

Tous Les Matins Du Monde tells how the solitary, misanthropic Monsieur de Sainte-Colombe, one of the few major French composers of the time to hold no official court post, buries himself away after the death of his wife and lavishes his musical knowledge on his two daughters. When the 17-year-old Marin Marais appears seeking to learn from the master, Saint-Colombe, who considers him to possess no musical merit, refuses to teach him. Instead, his elder daughter Madeleine, who has fallen in love with Marais, tutors the young man and allows him to listen in secret to her father playing. Although the film ends sadly for the two lovers, by the end, Sainte-Colombe is forced to recognize Marais’ musical gifts.

The concert is a dream team of baroque musical royalty, with Jordi Savall on viol joined by an ensemble of six, which includes, Manfredo Kraemer, violin; Charles Zebley, flute; Philippe Pierlot, 7-string bass viol; Lucas Harris, theorbo & guitar; and Marco Vitale, harpsichord. With much experience behind them, the six players resemble musical wizards and will cast its spell over the audience.