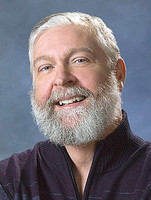 Thomas A. Gregg, tenor, enjoys a rich and varied musical career.  He has performed with early music ensembles in New England, Ohio, and the South.  His opera appearances have included productions in New Orleans, Memphis, and Columbus, and historical operas in Boston and Washington, D.C.  He has appeared as an oratorio soloist with numerous orchestras and choral groups, and as choral singer with distinguished ensembles, including Boston's King's Chapel choir, the Handel & Haydn Society, Emmanuel Music, Boston Baroque, and the Washington Bach Consort.  In addition, he enjoys an active career in recitals and chamber music, especially with the early American music ensemble Columbia's Musick and in the duo DoubleAction with harpist Emily Laurance.  He has worked closely with a number of composers to present new vocal works written for him, especially Boston composer Larry Bell.  His European debut was at the Franz Schubert Institute in Austria.  He has won numerous performance and academic awards and holds degrees in voice from The Ohio State University (DMA), the University of Michigan (MM), and Capital University in Columbus, Ohio (BM).  He is on the faculty of the Boston Conservatory at Berklee, where he teaches voice and classes in vocal pedagogy and repertoire.  He is Secretary and past-President of the Conservatory’s chapter of the music honor society Pi Kappa Lambda.  He was on the faculty at Tufts University (2002-2017) and an Associate Professor at the University of Mississippi (1988-1998). His former students have careers as professional singers, actors, voice teachers, and music educators.