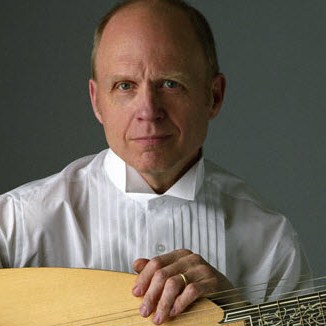 Timothy Burris has performed throughout Europe and the US, both as a soloist and an accompanist. He has appeared in concert with such esteemed artists as the mezzo Jennifer Lane and the keyboardist Robert Hill, as well as under the baton of Peter Schreier and René Clemencic, among others.

In a review of his solo CD Ciaccona, Early Music America Magazine stated: “Burris, a well-seasoned performer, presents these works with a clean and clear technique that allows compositional brilliance to stand in the forefront.” A review of The Songs of Philip Rosseter, Part II in The Lute Society Magazine said of his skills as an accompanist: “Burris … plays with beautiful tone and is an absolutely first-class accompanist.”

In addition to solo recordings, he has done CD projects with Jennifer Lane and Tamara Matthews with New York Baroque; Willeke te Brummelstroete with Koorprojekt Rotterdam; Timothy Neill Johnson; and Ensemble Pentacost, among others. He can be heard playing Bach’s c minor Prelude in Shock Act, the prize-winning short-film DVD by Seth Grossman.

Mr Burris taught lute for six years at the Royal Flemish Conservatory in Antwerp, and currently teaches at Colby College and the Portland Conservatory of Music (Maine).

His foreign-language talents include fluency in German, French, and Dutch, and excellent facility in Spanish and Italian. His linguistic skills enhance his abilities as an accompanist, as well as adding to his effectiveness in coaching singers and instrumentalists in educational events such as master classes. He has an especial interest in French poetry, something he nurtured during more than two years of private study with French professors at the universities of Amsterdam and Leiden. His dissertation research was done primarily at Dresden’s Sächsische Landesbibliothek, in the final stages with the generous support of a Fulbright fellowship (to the Technical University of Dresden).