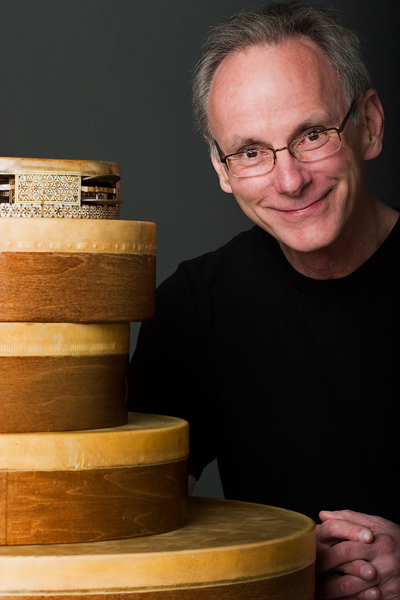 A native of San Francisco, Peter Maund studied percussion at the San Francisco Conservatory of Music and music, folklore and ethnomusicology at the University of California, Berkeley. A founding member of Ensemble Alcatraz and Alasdair Fraser’s Skyedance, he has performed with early and contemporary music ensembles including American Bach Soloists, Anonymous 4, Chanticleer, El Mundo, The Harp Consort, Hesperion XX, Kitka, Musica Pacifica, Pacific MusicWorks, Philharmonia Baroque Orchestra, and Voices of Music, among others.  Presenters and venues include Cal Performances, Carnegie Hall, Celtic Connections (Glasgow); Cervantino Festival (Guanajuato), Confederation House (Jerusalem); Edinburgh Festival; Festival Interceltique de Lorient; Festival Pau Casals; Fillmore Auditorium, Folkfestival Dranouter; Horizante Orient Okzident (Berlin); The Kennedy Center; Lincoln Center; Palacio Congresos (Madrid); Queen Elizabeth Hall (London); and Tage Alter Musik (Regensburg).  He is the author of “Percussion” in A Performers Guide to Medieval Music, Indiana University Press, 2000.  He has served on the faculty of the University of California, Berkeley as well as in workshops sponsored by Amherst Early Music, the San Francisco Early Music Society, the American Recorder Society and the American Orff-Schulwerk Association.  Described by the Glasgow Herald as “the most considerate and imaginative of percussionists” he can be heard on over 60 recordings.