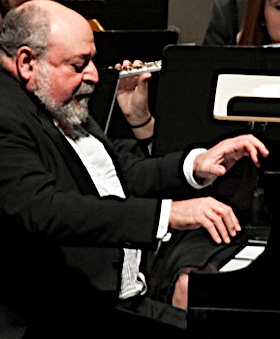 A native New Yorker, Stephen Martorella is currently Minister of Music at the First Baptist Church in America, Providence, Rhode Island; artistic director for South County Chamber Singers, Kingston and an adjunct instructor at Rhode Island College. He has also served as organist for Temple Torat Yisrael, Cranston, and as adjunct instructor at the University of Rhode Island and adjunct assistant professor at Salve Regina College. In 1989, Stephen Martorella was both soloist and conductor with the American Wind Symphony in a joint concert with the Wind Orchestra of the Soviet Army in St. Petersburg’s (formerly Leningrad) October Hall. He has also appeared as soloist in Belfast, London, Paris, and Miami and on live broadcast as part of the Kerkrade summer festival in Netherlands. For more see http://www.firstbaptistchurchinamerica.org/staff/steve-martorella/