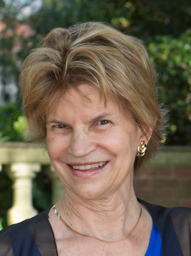 Harpsichordist Beverly Biggs’ performances have been described as elegant, fiery, sensitive, spirited, and beautifully paced. Beverly holds degrees in performance from Oberlin Conservatory and Southern Methodist University. Her post-graduate work was done with Alan Curtis and Gustav Leonhardt. She has collaborated with violinist Stanley Ritchie, baritone Max van Egmond, conductor Richard Sparks, and many other well-known musicians in the field of early-music. As co-director of both Connoisseur Concerts and Allegro (Spokane, Washington) she co-founded and led the Northwest Bach Festival, Royal Fireworks Concert, Allegro’s Viennese Ball, Music in Historic Homes, and Period Music at The Met.

The founding (now emeritus) Artistic Director of North Carolina's Baroque & Beyond, she is active as a freelance harpsichordist.

Beverly has performed in concert halls from San Diego to Calgary, Canada; universities throughout the United States; the Boston Early Music Festival Fringe; and a highly interesting fortnight as artist-in-residence in the remote northeast quadrant of Montana. Past research projects include concert life in early America (East and West coasts); baroque wind-band concerts (indoor and outdoor); and twenty concerts for a world exposition in the Pacific Northwest. She is featured on recordings released by Bravura Discs, Aliénor Records, and Arabesque.   www.beverlybiggsharpsichord.com