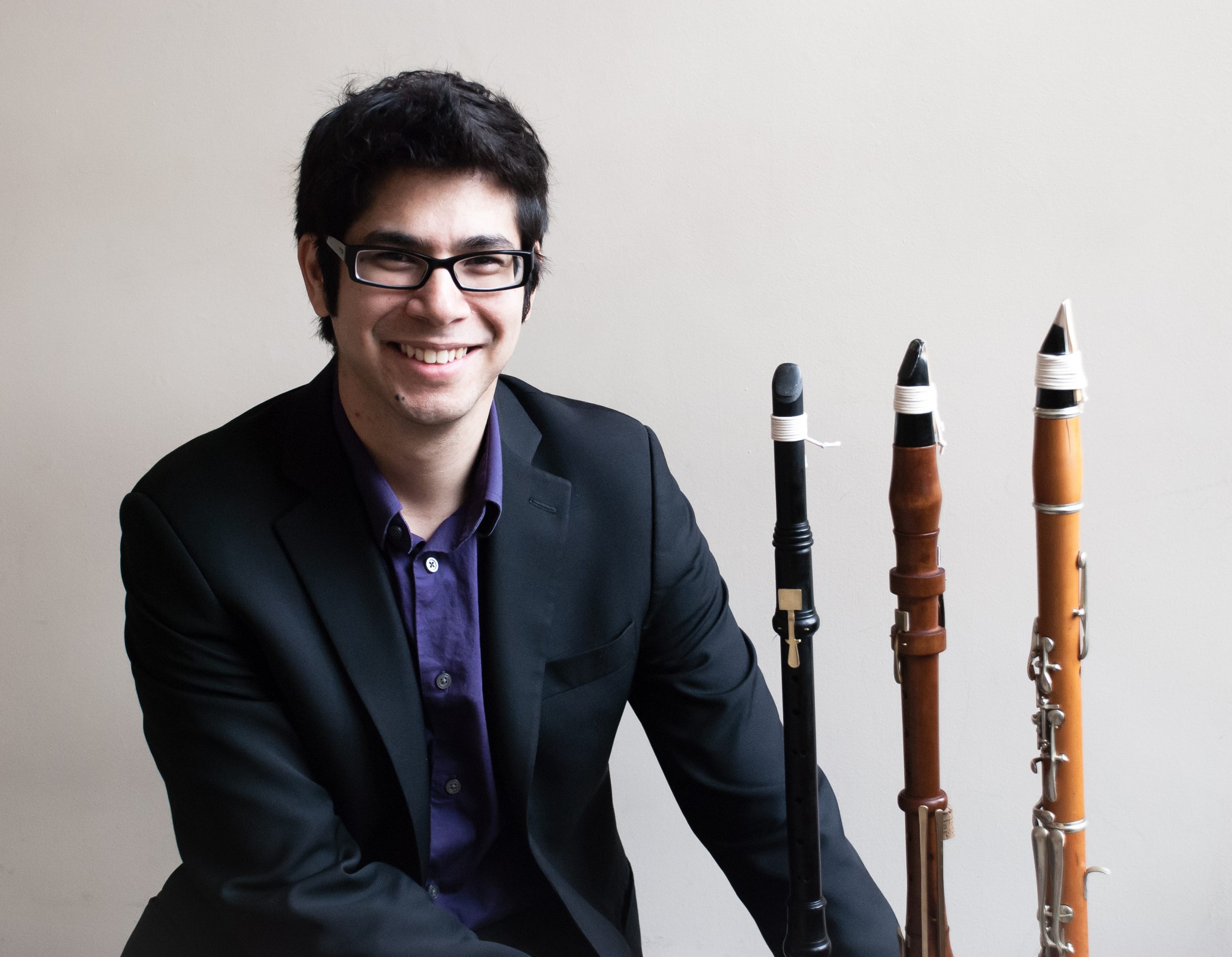 With a sound described as “beautifully warm” (Herald Times) and “sweet and agile” (New York Times), period clarinetist and instrument builder Thomas Carroll performs extensively throughout North America and Europe on historical instruments.  He holds degrees from Oberlin Conservatory, Indiana University, and The Royal Conservatoire of The Hague, where his major teacher on early clarinets and chalumeaux was Eric Hoeprich.

Internationally, Thomas has performed under such directors as Christophe Coin, Richard Egarr, Philippe Herreweghe, Jos van Immerseel, Allessandro Moccia, and David Stern; and has performed at numerous festivals as an orchestral and chamber musician including Oude Muziek Utrecht, Muziekzomer Gelderland, Young Euro Classic, Festival de Saintes, and Musica Antiqua Brugge in venues ranging from the Kozerthaus in Berlin to the Concertgebouw in Amsterdam.  He has been featured as a soloist with Mercury: The Orchestra Redefined, Lyra Baroque, Ensemble ad Libitum, Boston Baroque, and Grand Harmonie to critical acclaim.  In North America, Thomas is the principal clarinetist with Boston-based Grand Harmonie, Houston-based Mercury, and the romantic opera orchestra of Teatro Nuovo, frequently performing with other early music specialists throughout North America including the Clarion Music and Handel and Haydn Societies, Sonoma Bach, Musica Angelica, and Boston Baroque.  He has given faculty chamber recitals and guest lectures and masterclasses on both coasts and at the Hawaii Performing Arts Festival.  Thomas is currently on the faculty of the Brookline Music School and maintains a private studio.

An interest in instrument mechanics and acoustics has led Thomas to a secondary career as an instrument builder and extensive research into 18th and 19th century wood treatment and seasoning.  He studied woodworking and instrument construction with Linda Shortridge, Rob Turner, and Paul Beekhuizen, and builds chalumeaux, baroque, and classical clarinets, and basset instruments for use in historically-informed performance ensembles.  His instruments and mouthpieces are played throughout North America, Europe, and Australia.