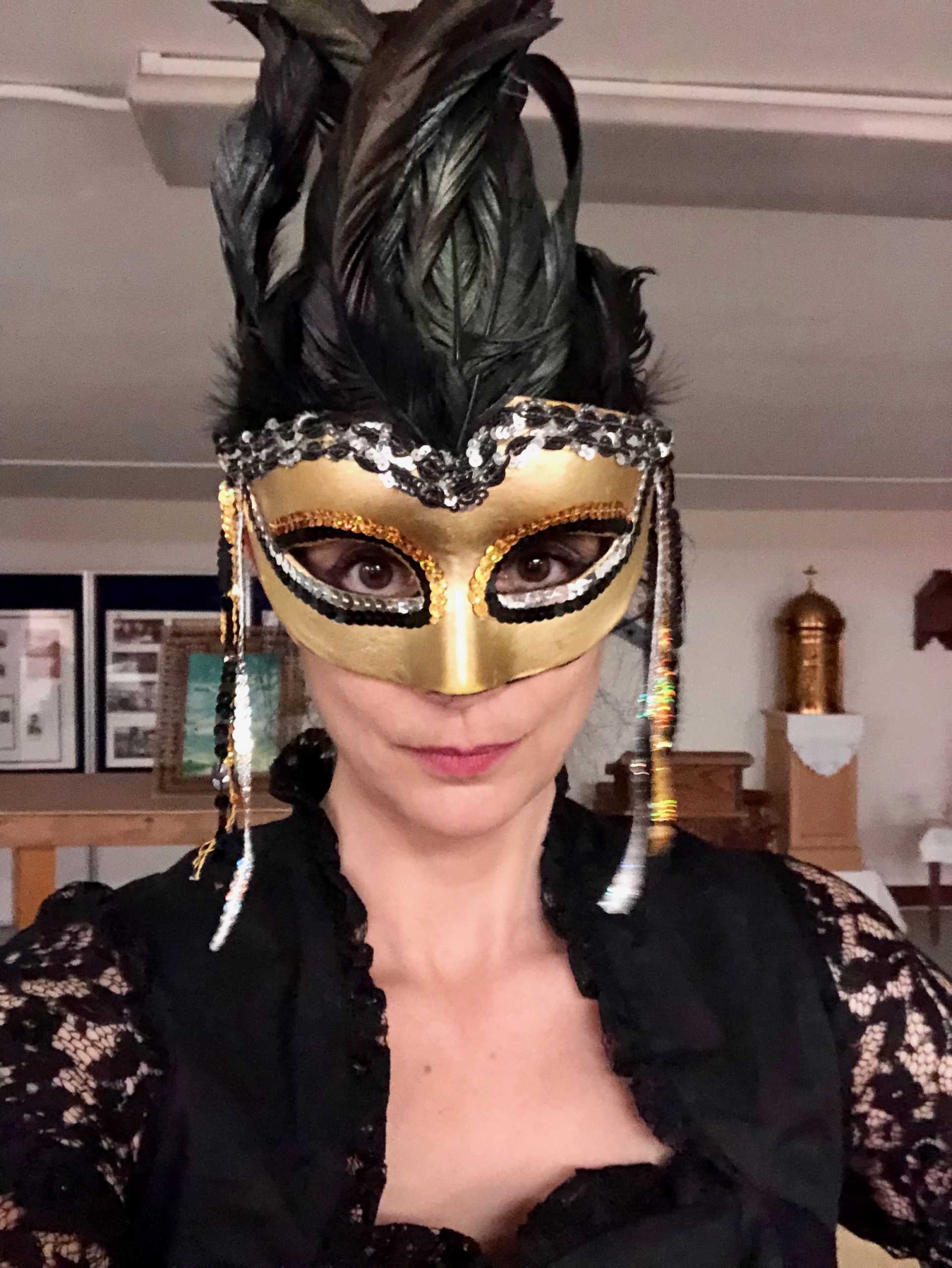 Musicologist, Contralto and Arts Administrator Suzanne Fatta is the Founder and Director of The Women of Vivaldi, the only dedicated early music vocal ensemble in Western New York, and one of the few true all female choirs – including female Tenors, Baritones and Basses – in the country; and early music trio Pavana with voice, and all early plucked & strummed instruments.

Suzanne quickly became one of the most in-demand arts professionals in Buffalo since she returned to the States after 5 years in England, where she studied historical performance practice with Grammy-winning John Potter, Peter Seymour, and world famous soprano Lynne Dawson. As a very low Contralto, Suzanne sings Bass with the world-famous Vivaldi's Women choir (dir. Richard Vendome) in Oxford UK, and pioneers the use of low female voices in opera often taking lead Baritone roles in Baroque operas. Harvard-educated, her Lecture-Recitals (selected by OPERA America as one of the top 15 National Opera Week 2014 events in the nation) are sell-out WNY audience favorites.

Having studied Vocal Performance, Musicology and Historical Performance Practice at the Oberlin Conservatory of Music (Joint BA With Honors), Suzanne has done doctoral studies at the Eastman School of Music with Paul O'Dette, and the University of York; her focus is vocal music of the 16th and 17th centuries. In addition, she has a Masters in Medieval Studies and Religion from Harvard University, where she won a university-wide Teaching Award of Distinction for a course on Jazz and Music of the Swing Era

Ms. Fatta’s operatic roles, consort work and solos have taken her around North America and Europe. Suzanne has performed with and been Choral Director for the Buffalo Philharmonic Orchestra; she also served as both Alto and Tenor Section Leaders with the Buffalo Philharmonic Chorus and Chamber Singers under the BPO. She is a featured singer in the documentary Peter Ackroyd’s Venice for SkyArts TV across Europe. A highly experienced performer, Suzanne's skills as a Contralto Soloist and Baritone Ensemblist are now in demand in New York; she is currently working with some of the top composers in the country to commission new Contralto repertoire, and to develop world-premiere operas.

An avid actress, Ms. Fatta is the Co-Founder of HIDden Theatre, a historical drama troupe started at The York Mystery Plays and debuted at The British Museum. While particularly gifted in Medieval drama and Victorian burlesque, Suzanne's passion for acting ranges through plays, opera and operetta, masked Greek drama, one-woman performance art, voice-overs, commercials and other forms.