CD REVIEW — The tantalizing title refers to that time in 18th-century Paris when Enlightenment intellectual excitement and artistic drive clashed with fermenting social and political discord. Louis XV was king, cafés became havens for the literati, opera returned to Paris, and the wealthiest members of society hosted musical events for hundreds in their private salons. 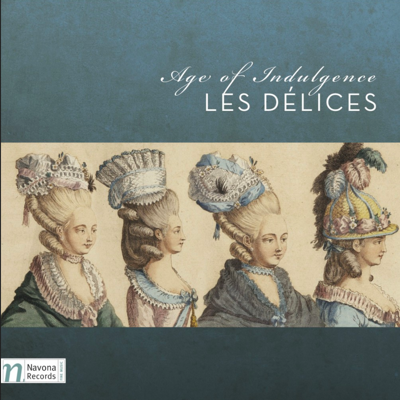 It was in this milieu that the composers featured on this album lived and worked. Many of them are no longer well known, yet they were some of the finest of their time and worked for the most important people in the city, including the king himself. François-André Philidor, Michel Blavet, and Jean-Pierre Guignon were all employed by Louis XV. Jean-Philippe Rameau, already an eminent theorist, became Lully’s chief successor in opera and worked for a powerful financier, La Pouplinière, but also composed on commission for the court. Jacques Duphly, however, was a keyboardist who devoted himself to teaching and playing, publishing several volumes of works before disappearing from public eye. He died the day after the storming of the Bastille (for unrelated reasons), making Philidor the only composer who lived to witness the French Revolution.

All of the works performed here are for chamber orchestra — none of Rameau’s famous operatic choruses or arioso are included. Instead, the Cleveland-based ensemble Les Délices focuses on an enticing selection of pieces: core Baroque genres, familiar French style, but repertoire far outside the typical offerings. As the liner notes point out, the composers here were among the last of their kind; this recording encapsulates the end of the Baroque era, and this moment in French history, in a series of rich, intricate works.

The album begins with Philidor’s Sinfonia V (1755); all five members of the ensemble lean fully into its warm, sunrise-like opening theme before oboist Debra Nagy leads the charge into the second exploratory section. As the Sinfonia unfolds, we hear a sneak preview of everything to come on the recording: here a duet, there a hint of solo harpsichord, full to bursting of deliciously warm, rumbly low notes from the gamba and the most tasteful of French ornaments from every direction, all played with the utmost verve, charm, and ease. Indulgent, indeed.

The recording continues with Blavet’s Sonata Seconda, Op. 2, placing Nagy’s exquisitely mellow oboe at the forefront (the sinuous Gavotte les Caquets stands out in particular). Next comes a selection of instrumental airs and dances from Rameau’s operas. In a way, these are the centerpiece of the album, all five players melting powerfully into one another in each movement before bursting into the joyful, effervescent final Tambourins. Guignon’s variations on Rameau’s “Les Sauvages” for two violins follow, with diminished forces but no less the grit and drive for it. Two harpsichord pieces by Duphly round out the body of the recording, the delicate Rondeau leading into the surprisingly aggressive, resonant “Le Felix” — a personal highlight.

The album is bookended with Philidor; it concludes with his Sinfonia I for all five players, combining a sense of grace and lightness with some of the most united, downright persistent playing on the album. Kudos to Les Délices, and may they indulge us with more.