Move over, Mozart Effect, and make way for the Beethoven Syndrome. Thus the dramatically titled new book by Mark Evan Bonds, an absorbing exploration of yet another way Beethoven matters to modernity. By “syndrome,” Bonds refers to an identifiable pattern of symptoms, more psychological condition than pathology. And by “Beethoven syndrome,” he means a condition of thought that has largely defined the reception of Western art music these past few centuries. He traces the emergence and endurance of this syndrome in a richly detailed “history of perceptions,” in which Beethoven’s music definitively consolidates a growing tendency to hear music as deeply expressive of a composer’s own self rather than as an objective representation of something outside the composer. 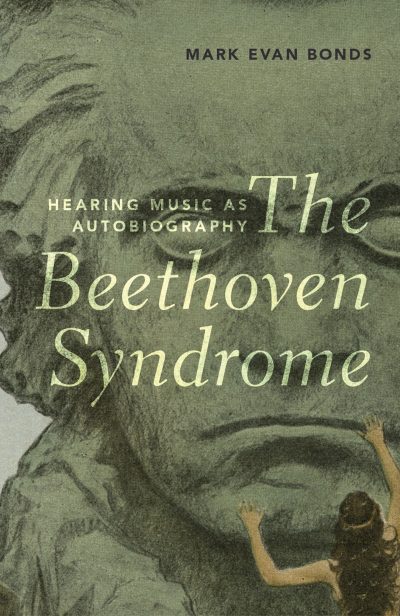 What at first may seem yet another trot through the momentous aesthetic shift in the late 18th century from Enlightenment mimesis to Romantic expression becomes a genuinely new sift of the available evidence, especially as it pertains to music discourse. For Bonds takes a novel view of this familiar landscape, identifying 1830 as the crucial fault line across which the great shift takes place for music. Moreover, his account reaches into our own century, illuminating current ways of listening.

The shift Bonds describes moves from the pursuit of rhetoric in the production of music to the pursuit of hermeneutics (a methodology of interpretation originally developed for understanding scripture) in the reception of music; from composers as oratorical “agents of expression” to composers as oracular “sources of expression”; from music that pleases and persuades listeners to music that often perplexes them. Above all, Bonds helps explain why listeners and critics felt motivated to work harder to understand Western art music. In Romantic thought, interiority became a mysterious site of the sincere and the authentic, and thus a potential source of oracular truth. The new hermeneutic compact introduced a bracing yet agreeable challenge, one that encouraged listeners to divine the innermost joys, sorrows, and desires of revered composers. Beethoven’s music offered the most forceful and compelling version of this challenge, this opportunity.

Bonds amply explores both sides of the aesthetic divide. In describing the earlier rhetorical representation of emotion in music, Bonds takes us from Horace’s influential injunction to would-be poets “si vis me flere, dolendum est primum ipsi tibi” (“if you wish me to weep, it is first necessary for you to be pained”) to Diderot’s paradox of the actor, in which the best actors are those with no emotions of their own. Composers were like actors whose job was to immerse themselves in the emotions to be represented. Bonds also traces the forces that prepare the shift to self-expressive music. These include the rise of the self in German philosophy and the related rise of the concepts of Bildung, or self-cultivation, and genius.

On the other side of 1830, Bonds covers the most salient strands of the autobiographical reception of Beethoven’s music. He also reveals the impact of this position on critical attitudes toward the music of later composers. Among the rewards of his investigation is a new angle on the so-called “Mendelssohn Problem” (the tendency not to take his music very seriously): “nothing in [Mendelssohn’s] life conformed to what was perceived as the Beethovenian model of self-expression.” The syndrome also contributed to the tepid reception of female composers, for if their music was deemed comparable to that of male composers it was then judged to be insincere in its assumed masculinity.

The continuing prevalence of the Beethoven syndrome in the early 20th century helped profile Stravinsky’s emergence as a modernist iconoclast who famously asserted that “music is essentially powerless…to express anything at all.” Stravinsky and many of his contemporaries mark the next defining stage in Bonds’s narrative: the return of objectivity post 1920. In Bonds’s telling, this renewed passion for objectivity served to make the embrace of the subjective more fraught, as something to be denied, repressed, redirected. But as his story reaches its conclusion in our own times, Bonds suggests a provisionally happy ending, namely the attainment of a more balanced and synthetic view of music listening after having undergone the dialectic of subjective and objective.

In addition to reconfirming, through a new perspective, the foundational importance of Beethoven in the Western history of listening, Bonds broadens the story in a way that allows us to reflect on a much wider range of music history and musical styles, ultimately including artists such as Miles Davis and Bob Dylan. And though his argument proceeds by accumulation, it never feels like a forced march. The experience is rather like being in the hands of a captivating tour guide, who leads us from one fascinating site to the next. Bonds once again delivers an informed take on the critical history of Western music, on the relation of music and thought. In this case, his account addresses aesthetic forces still in play every time we listen to music.

Scott Burnham is Distinguished Professor of Music at the Graduate Center, City University of New York. His most recent book is Mozart’s Grace (Princeton, 2013).