This album unearths some truly unique musical artifacts. The mixed-sex monastic community of Ephrata, PA (less than a hundred miles west of Philadelphia), was founded by German-born Johann Conrad Beissel in 1732. He encouraged the brothers and sisters of the cloister to join him in composing sacred music, resulting in more than 1,500 original works. After Beissel’s death in 1768, Ephrata gradually declined as an independent entity, and this musical legacy was relegated to shelves. 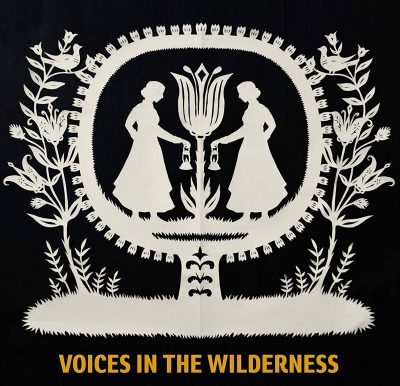 Musicologist Christopher Dylan Herbert researched more than 120 manuscripts at libraries, archives, and private collections across the United States and United Kingdom to find this music. He prepared performing editions, including having to “decode” the unusual notation. Despite the existence of little historical information about the original performance practice, Herbert assembled four colleagues from his own work as a baritone in New York and directed them in the Ephrata Cloister’s music. The result is a look into colonial America, an unexplored side of the country’s vocal tradition and the earliest works by American women from a time when they were rarely afforded such opportunities.

Most of this disc consists of a cappella hymns in four-part homophony composed for daily worship in the congregants’ native German. Each hymn’s two to three stanzas are set to a simple melody of small intervals. They also follow Beissel’s specific and, according to Herbert, unconventional rules for four-part harmony. The result is a unified and distinct sound across the recital. It’s a tight texture marked by firm bass lines that make their presence known through some unexpected leaps. A sometimes trance-like air of peace prevails.

The music avoids technical display or dramatic effects to prioritize words of devotion. Texts focus on redemption, the second coming, and death as the entrance to God’s kingdom. The Ephrata community saw life on Earth as a preparation for union with God, so these were likely common and even comforting themes. The entire Ephrata repertoire was once attributed to Beissel. Herbert’s research has revealed many different composers, including Sister Föben, born Christianna Lassle. Her “Die sanffte bewegung, die liebliche krafft” stands out with its soft-spoken setting of Pietist cleric Christoph Friedrich Richter’s poetry. The “gentle movement” and “lovely power” of the title unfold in graciously reverent two- and three-note phrases.

Soprano Elizabeth Bates, countertenor Clifton Massey, tenor Nils Neubert, and bass Steven Hrycelak sing such praises and imagery clearly and convincingly. Herbert’s direction shows his experience as a baritone and regular collaborator with these vocalists. Tempos and phrasing always respect the music’s intimacy and sense of reverence, and the quartet’s blend and sense of balance impress even when the lines take some quirky turns.

A 16-minute, multi-sectional motet offers greater melodic variety and some solo monody, which is also a chance to hear the individual voices. Bates handles some especially high statements with facility and authenticity. In the alto role, Massey’s countertenor blends organically when sharing the lead or inside the ensemble. So does Hrycelak’s resonant bass, even as the voicings throughout the disc end up shedding a little more light on his part than is standard.

From a strictly musical perspective, these works may seem overly uniform or static. Yet they were above all a vehicle of worship for deeply pious amateurs. This music represents a discrete style from a distinctive time in America’s youth. Herbert’s extensive research and engaged vocal direction alongside his colleagues’ artistry make a real experience out of this historical discovery.