CD REVIEW — Giovanni Girolamo Kapsberger (also known as Johann Hieronymus, last name occasionally spelled Kapsperger) was a German-Italian composer and performer of plucked strings. Known from his early years as a virtuoso, he lived and worked in elite Italian society. He joined the household of Cardinal Francesco Barberini in 1624, where he toiled alongside such luminaries as Frescobaldi, Luigi Rossi, and poet Giulio Rospigliosi, the future Pope Clement IX. 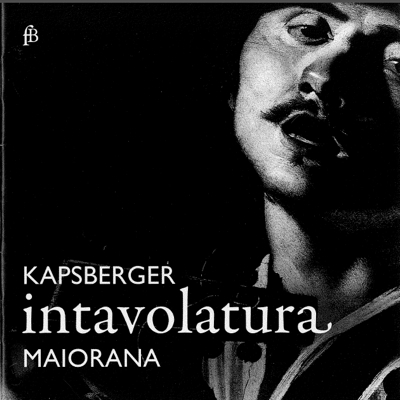 While Kapsberger (ca. 1580–1651) wrote in virtually all of the popular genres of the day, including motets and masses, popular madrigals, and works for the stage, he was best known for his attention to the theorbo — so much so that his nickname was Il Tedesco della tiorba, or “The German of the theorbo.”

His compositions for that instrument are often quite virtuosic, playing not only with syncopations and rhythmic intricacies but also with contrasts in texture, melodic or harmonic approach, and ornamentation. He published several books of intabulations for the chitarrone, but unfortunately Book Two and parts of Book Three are lost.

The 20 selections on this recording by Stefano Maiorana are drawn from these publications. The works he has chosen certainly reflect the breadth and depth of Kapsberger’s approach to the solo theorbo, including free-form compositions, intabulations of Italian madrigals (one each by Gesualdo and Arcadelt), and an array of dances. How popular such dance forms were is also seen in the longer toccatas and balli, shorter sections or variations within which reflect dance-like features.

It is a beautifully unified recording; each track flows into the next in almost hypnotic fashion. Yet it is far from monochromatic. Rather, Maiorana’s exploratory approach to Kapsberger’s music allows for his continuous succession of textures, themes, and styles to unfold in simultaneously familiar and subtly dramatic ways. How carefully he pays attention to phrasing is obvious not only in the overall shape created in each piece but also in his audible breathing, which imbues the recording with a sense of personal connection.

His playing is clear and precise without sacrificing emotiveness, and even the challenging passages (such as the florid sections of the Gesualdo intabulation, or intavolatura) come across as no more difficult than if he were improvising. Perhaps the most interesting of the tracks is the long Battaglia, which features myriad inventive variations over a repeating bass line, concluding with a sweepingly resonant arpeggio into the lowest ranges of the instrument.

As recordings devoted exclusively to Kapsberger go, there are only a few (Rolf Lislevand, Hopkinson Smith, and Paul O’Dette come to mind). Maiorana’s CD sits quite comfortably among them in both quality and content, as there is minimal overlap in repertoire. Moreover, as far as I can tell, it is the only such disc to use the theorbo alone, as others include Kapsberger’s intabulations for lute as performed on that instrument. In a way, it is unfortunate that this is Maiorana’s debut recording, as he has certainly set the bar high for himself. If future recordings come close to matching this one in style and execution, we can indeed look forward to them.