CD REVIEW — For its debut CD, the Madrid-based ensemble L’Estro d’Orfeo has assembled an attractive collection of 17th-century instrumental works by Monteverdi, Marini, Uccellini, Cavalli, Merula, and Rognoni, naming the recording after a madrigal from Monteverdi’s Eighth Book. 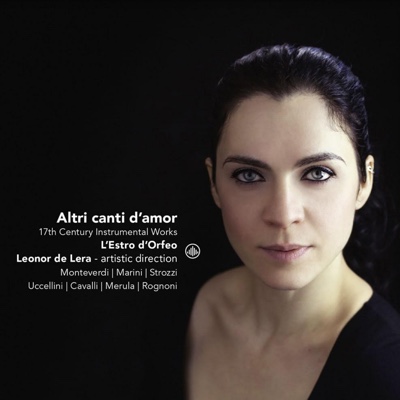 The subject is love, “which encompasses an endless array of other emotions that spread from the brightest to the most sombre,” writes founding artistic director and violinist Leonor de Lera in her liner notes. She goes on to say that those emotions can be expressed by instrumentalists just as effectively as by singers and reminds us that imitating voices was among the highest aspirations of 17th-century players. L’Estro d’Orfeo’s choice of repertoire for this disc — a mix of instrumental works and arrangements of vocal pieces — affirms the notion that instruments “gradually became the main protagonist of the musical scene, attaining a level of virtuosity that had never been explored before.”

The doleful aspects of love are addressed in de Lara’s own Diminuzioni sopra il “Lamento d’Apollo,” from Cavalli’s opera Gli amori d’Apollo e di Dafne. In the same vein is Riccardo Rognoni’s “Ancor che col partire,” based on the madrigal by Cipriano de Rore, for which violist da gamba Rodney Prada takes up the viola bastarda — not a viola born out of wedlock, but an instrument used principally for reducing complex polyphony to a single, virtuosic melody line.

Altri canti d’amor was recorded in the Church of St. John the Baptist de Secadura in Cantabria, Spain. Bright and immediate, the sound carries just a hint of the lively acoustic of the space without losing clarity or definition. That’s important, for this repertoire is decked out with filigree as essential to its character as Chopin’s. Happily, L’Estro d’Orfeo’s brilliant solo and ensemble playing comes across intact.

Daniel Hathaway is founder and editor of ClevelandClassical.com.