CD REVIEW — As composers go, Balthasar Fritsch is an utter enigma. Almost everything known about the German composer (c.1570/80–after 1608) comes from his two musical publications: a set of 12 pavans and 21 galliards published in 1606-07 and a volume of 12 German secular songs in 1608. Fritsch dedicated the first volume, Primita musicales, to the two teenage Dukes of Mecklenburg, who had apparently heard him play and subsequently took lessons from him. From this dedication we learn that Fritsch was a native of Leipzig and had some renown as a performer, composer, and teacher. The second volume is dedicated to a different group of patrons: five country squires who might also have been Fritsch’s pupils; its preface calls Fritsch a well-known composer and performer “on all manner of instruments.” 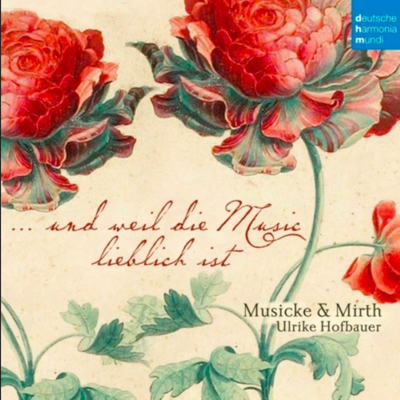 Aside from these self-proclaimed qualities, the only other tidbit of biographical information we have for Fritsch is a brief mention in clerical records that he stood as godfather in 1608 to the son of Wilhelm Kaufmann, a string bass player in the Leipzig town waits. Some have speculated that Fritsch might have been a fellow player in the municipal bands, but no other records have yet surfaced to support that idea. Still, it seems that Fritsch’s self-described renown might not have been idle boasting; shortly after his first volume of dances was published, other composers such as Christoph Demantius and Johann Hermann Schein also issued collections of instrumental dances and secular songs that were, if not directly modeled on Fritsch, then strongly connected to a Leipzig tradition to which Fritsch was an early contributor.

As Fritsch himself is so little known, so too is his music; this new album by the Swiss viol consort Musicke & Mirth marks the recorded world premiere of both his dances and his secular songs. The material is at once strikingly new and strangely familiar. His instrumental works fit quite comfortably between the simpler, homophonic style of Tielman Susato’s Danserye (1551) and the more imitative, contrapuntal structure of Michael Praetorius’s Terpsichore (1612) and Schein’s Banchetto musicale (1617). They are occasionally homophonic but frequently break off into short, sprightly motives passed from voice to voice, and in places favor a more treble-dominant melodic style. The ensemble notes that the dances even imitate the sound of birdsong. Interspersed between the fifteen pavans and galliards included here are ten of Fritsch’s twelve “madrigals.”

The songs are in German (presumably with texts written by Fritsch himself) but imitate the Italian song style, which at this stage was moving more toward a freer, expressive solo voice with instrumental accompaniment. Hence, the ensemble invites Ulrike Hofbauer to perform the soprano line with the viol consort. Hofbauer is excellently suited to the material and to the instrumentation, her voice clear, warm, and matched beautifully with the viols. The consort itself is unified in style and affect, providing the pavans with an elegant ebb and flow and the galliards with the aural equivalent of a knowing turn of a shapely calf. This is a disc that will continue to reward on multiple listens, and I can only hope that the ensemble records the rest of Fritsch’s known music.