Sounds Of Nature Inspire Musicians Of The Old Post Road

CD Review — Long before Olivier Messiaen busied himself with cataloguing birdsong in his inventive compositions, Baroque composers found inspiration imitating the avian sounds of nature. The two-note call of the cuckoo is ubiquitous, but the nightingale and the hen also make frequent appearances — not to mention their arch enemy the cat — and other representations of the natural world. 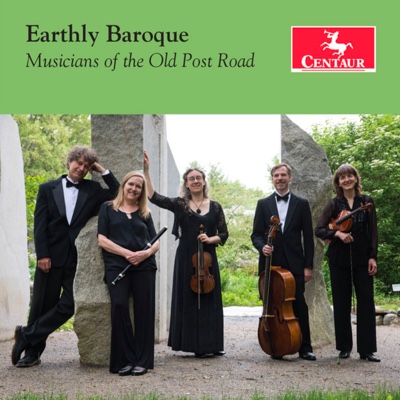 Songbirds get quoted most literally in the first two movements of the opening track, Williams’ Sonata in Imitation of Birds. A contemporary of Henry Purcell, Williams gives his subjects melodious duets to sing (here played by transverso and violin), and the piece and its nuanced performance set a nice tone for the rest of the album.

Biber’s Sonata Representativa goes much further out on a limb, depicting not only the nightingale, cuckoo, hen, rooster, and quail, but also the frog and the cat — all through Biber’s virtuosic violin gestures — and ends with “Musketier Marsch” and an Allemande. Biber provides particularly vivid portrayals of the frog, the cat, and the musketeers. The ensemble’s performance of the entire sonata is splendid, with just the right amount of humor.

Vivaldi dedicated an entire flute concerto (Op. 10, No. 3) to the goldfinch, a particularly melodious songbird whose tunes inspired the Red Priest to some clever deconstructions and elaborations. Stumpf’s traverso playing sparkles with crisp articulations during the outer movements and features liquid phrasing in the middle Cantabile.

Werner was already active at the Esterházy Court when the young Haydn joined the staff. One of Werner’s major projects was his “New and very curious Musical Instrumental-Calendar,” a collection of twelve suites each dedicated to the sounds of a specific month. From that, the Musicians of the Old Post Road selected Il Novembre, which begins by painting the picture of a melancholy student (not much has changed in the academic calendar), continuing with the dramatic representation of a storm at sea, and ending with the whirring of machinery in a mill.

The French clavecinistes are represented by Couperin’s Les Papillons (“Butterflies”) and Le Rossignol-en-amour (in which a traverso takes the role of the love-sick nightingale), and by Rameau’s Les Rappel des Oiseaux (“Conference of the birds”), a noisy serenade that suggests a scene out of Daphne Du Maurier. Bahmann’s enticing harpsichord performances of the first and third pieces provide a welcome change of timbre.

The CD concludes with a vivid performance of bassoonist-composer Lampe’s Cu’ckoo Concerto, reconstructed from the surviving keyboard version by Stumpf and Ryan.

While an hour of works inspired by Mother Nature could become tiresome — and yes, there is more than one cuckoo to be heard — these pieces are interesting, with more than enough inventive writing and alluring performances to hold your attention. The liner notes by Stumpf and Ryan are informative while never becoming overly academic.

The album was recorded during late May 2016 at the Church of the Redeemer in Chestnut Hill, MA.