CD REVIEW — Over the 12 years since the British vocal ensemble Stile Antico put out their debut album, Music for Compline, I have been fortunate enough to review several of their recordings for Early Music America. In each instance, I have marveled at their sound, at once pure and clear but yet simultaneously so rich, emotional, and commanding. From the highest highs to the lowest lows, they maintain exquisite control over dynamic shaping, awareness of melodic line, rhetorical sensitivity to the text, and a delicious sense of cadential gesture. Whatever music they perform, they live inside it, bringing it to life not as a choir of objective angels, but from a very real, dynamic, human perspective, with all its inherent beauty, longing, and despair. 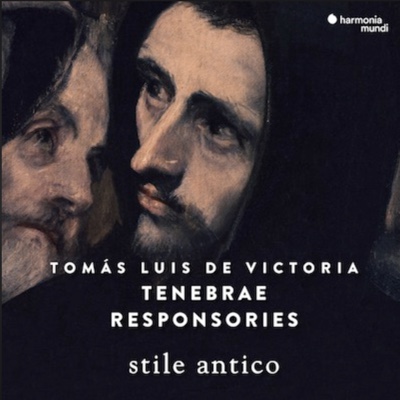 Their latest release, a collection of responsories for Tenebrae by the 16th-century Spanish composer Tomás Luis de Victoria, is another jewel in their already bedecked crown. Victoria (1548-1611) is, perhaps, the most well known Spanish composer of his day, the most well known composer of Counter-Reformation Catholic polyphony after Palestrina. But where Palestrina’s compositional techniques, in particular his careful control of dissonance, were later codified as the prima pratica (or stile antico, from which this ensemble derives their name), Victoria had his own flavor; with him, all things are freer, from his spiraling, imitative melodic lines to his broader acceptance of dissonance, his inclusion of surprising contrasts, and his more emotional approach to text painting.

All of these personal characteristics come to a head, and are superbly showcased, in these Tenebrae responsories. Tenebrae occurs during the last three days preceding Easter — Maundy Thursday, Good Friday, and Holy Saturday — when the liturgical texts speak to the desertion of Jerusalem by God and the subsequent mourning of the dead, God’s wrath and judgment upon both the good and the wretched, and the supplication of the lowly to God’s infinite mercy. The Tenebrae responsories chosen for this album are thus emotionally inebriating, filled with the raw, wretched angst inherent in these texts. And Victoria takes full advantage of their rhetorical possibilities.

Since the office alternates psalms and antiphons, lessons and responsories, and other hymns, prayers, and texts, these responsories were not composed to be heard back to back. Rather, they would have been heard against spoken texts or longer passages in plainchant. As such, in order to ward off any potential monotony, Stile Antico chose to use several different historically accurate voicings, to intersperse several plainchants from Tenebrae among the responsories, and also to eliminate liturgically accurate but musically unnecessary repeats.

Stile Antico was made to sing this music. Their commitment to bringing musical texts to life by pushing dynamic boundaries and unapologetically, even defiantly exploring the gamut of human emotion meets its soulmate in Victoria’s dramatic settings of these heart-wrenching texts. This is not music for casual listening, however: Do not listen unless you wish to be moved, and you will be moved. May they continue to move us for many years to come.