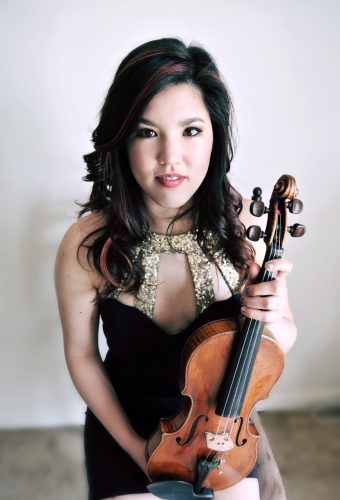 Wong is at home both with the modern and the baroque violins.

Originally from Seattle, Washington, Wong has soloed with orchestras across the US and abroad. Recent concerts include national tours with Juilliard415, solo performances with the National Symphony Orchestra of Panama, a multiple concert tour with the New Zealand String Quartet, and recitals with world-renowned pianists Anton Nel and Byron Schenkman.

Rachell is a proud Kovner Fellow in the Historical Performance program at The Juilliard School. She received her Masters of Music as a Jacobs Fellow from Indiana University – Jacobs School of Music in the studios of Mark Kaplan and Stanley Ritchie. She loves to explore her multi-race heritage by studying diverse styles, including the Scottish fiddle. She lives in New York, NY.