Bach On The Mountaintop 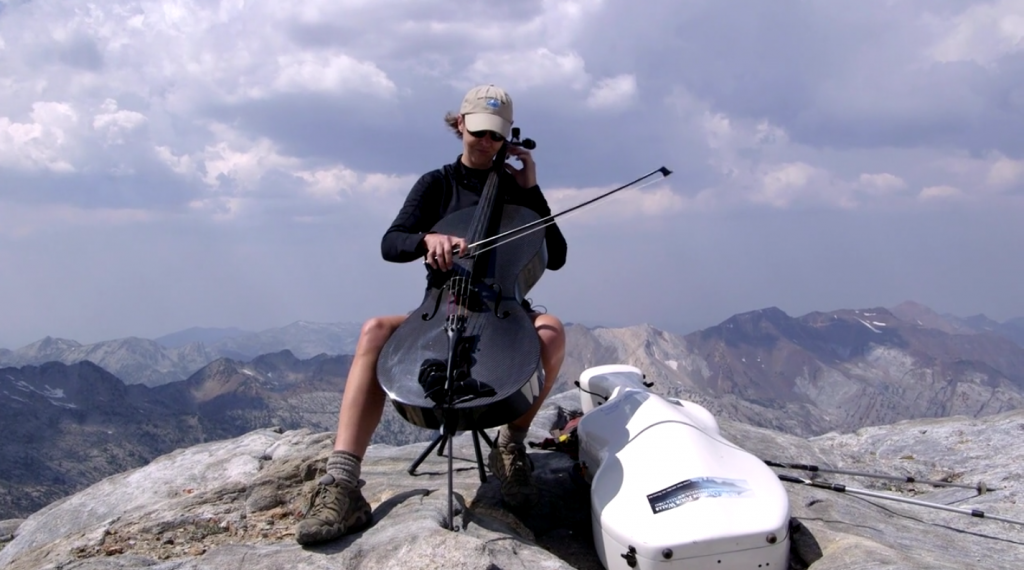 If you placed your cello on a mountaintop, and let the wind play it, it may very well sound like the Prelude to Bach’s Cello Suite No. 1.

That remark, uttered by a cello-playing colleague, has always stuck in my mind. The physics behind the poetry is that Bach uses the cello’s natural resonance as his starting point, spelling out the overtones inherent in the four strings of the instrument…giving the music a compelling urgency that practically vibrates within our own selves.

After carrying that line around in my head for years, I was astonished to discover actual footage of a musician carrying her, yes, carbon-fiber cello (see yesterday’s post) to the summit (The Matterhorn, no less) to play….well, let’s let Ruth Boden tell us herself:

Besides being a professional cellist and teacher on the faculty of Washington State University, Ruth Boden is also a serious hiker. She tells backpackers.com, “I have been hiking and climbing mountains for a long time now (a little over 20 years). The first time I really experienced playing music outdoors was at a summer camp in the Rocky Mountains where our practice areas were outside. I immediately fell in love with the notion that the sound was not restricted by a concert hall. That same summer I started bringing my cello with me on shorter hikes and knew then that nature was the ideal performance space for me.” 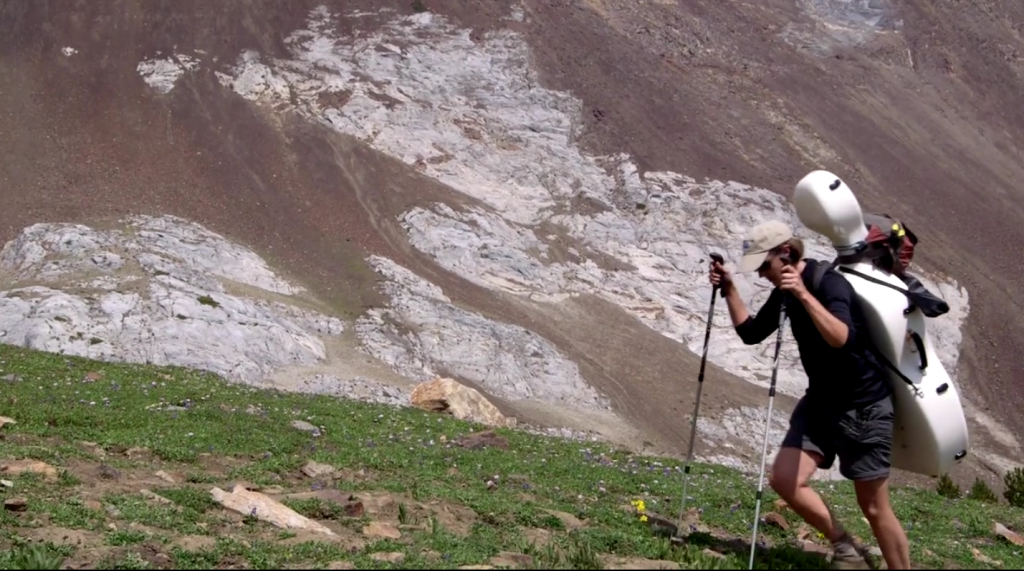 In recent years, Boden has been bringing her cello along with her backpack, covering more than 400 miles of the Appalachian Trail, including the summits of Mt. Washington in New Hampshire and Mt. Katahdin in Maine.   She’s even established her own organization, Music Outside Four Walls, to promote the creations of “transformative experiences in music performance outside the conventional concert hall.”  As Boden tells Backpacker.com,

There are few words that can adequately describe the feeling and emotion that comes from playing that high up — in a concert hall your sound always comes back to you and for me it can feel a little boxed in. On a mountain the sound just leaves you and becomes part of the landscape … With no audience, no concert attire, no planned or rehearsed program, there is just something pure and reflective about this kind of playing that escapes description.

Maybe not in words, but how about in pictures?  You can witness for yourself a taste of how transformative that experience can be in a gripping new short documentary that vividly captures Ruth Boden’s attempt to bring Bach to the mountaintop on a hike through the Wasalla mountains in Oregon.  It’s called  Andante  – which, after all, means “at a walking pace” in Italian – and is well worth the ten minutes journey in your armchair!