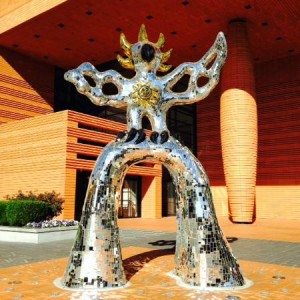 A modern art museum – replete with works by such illustrious 20th-century artists as Alberto Giacometti, Joan Miro, Jean Tinguely and Andy Warhol – would probably not be the first place you’d be looking to find a great Early Music Month event.

But examine the canvas a little more carefully and you’ll discover the logic. The Bechtler Museum of Modern Art, in Charlotte, NC,  is distinguished by its collection of mixed-media masterpieces, none more so than The Firebird, the whimsical glass-and-tile jumble of a sculpture by Niki De Saint Phalle that has become an icon both of the museum and the city itself.

Just the right aesthetic to hear Antonio Lysy play all six of the Suites for Solo Cello by Johann Sebastian Bach – an Old World Master if there ever were one – on a thoroughly modern New World instrument made out of carbon graphite! Lysy’s “other” instrument, a gorgeous golden-brown, 300-year-old Carlo Tononi cello from Italy, will stay packed in its case for this performance in favor of a gleaming new carbon fiber cello made in 2014 by the pioneering Boston firm of Luis & Clark. 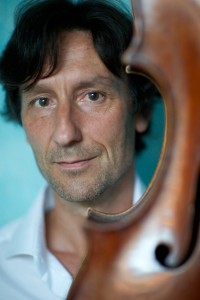 Lysy, Professor of Cello at the UCLA Herb Alpert School of Music since 2003, grew up surrounded by music. His father was the Argentine violinist and conductor Alberto Lysy, a longtime collaborator with the celebrated violinist Yehudi Menuhin, with whom the younger Lysy studied. Menuhin was known through his storied career as a rule-breaker and risk-taker. And that experimental ethos seems to have rubbed off on Lysy, who’s played baroque, modern, and even electric cellos in a single concert. As for his shiny new Luis & Clark instrument, Lysy says, “This cello is light and quick to respond, which among other benefits, facilitates surprising physical freedom. Performing the [Bach] cycle on this cello also pushes the boundaries of interpretation, juxtaposing the contemporary and the ancient. I am very curious about how such an instrument will affect the evolution of performance practice in classical music!”

Regardless of the choice of instrument, there’s still the rather daunting challenge of playing all six of the Bach cello suites in a single day, as Lysy will today in Charlotte. The suites, written between 1717 and 1723, have been called “some of the most emotionally intense pieces in the entire Baroque repertoire,” and they require formidable technique to perform. 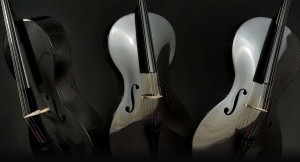 Today, Antonio Lysy will perform the Bach suites in consecutive order, offering Nos. 1, 2, and 3 at noon in the Bechtler’s second floor gallery, and then Nos. 4, 5, and 6 in the same space at 6 p.m. Why like that? Lysy explains, “My current perspective, developed over many years of performing and teaching the suites, is that each of the six tells a distinctive story. And like a series of books or films, each component is woven into a broader narrative. Presenting these works in chronological order highlights this overall structure as well as Bach’s astoundingly fluent compositional style. He begins, in the First Suite, with youthful simplicity, and after choreographing an array of preludes and dances with heavenly sophistication, ends with the glorious, life-affirming Sixth Suite. It is as if the cycle is an etched outline of life itself – in one continuous brush stroke.”

A cellist’s brush strokes of timeless Bach in a modern art museum. As Yehudi Menuhin might say, “Brilliant!”