Book Review: In Praise Of A Stellar Countertenor

In this era of superstar countertenors, it is difficult to remember or even imagine how rare they used to be. The singer who can be credited with reviving this genre, in the 1940s, was Alfred Deller (1912-1979). 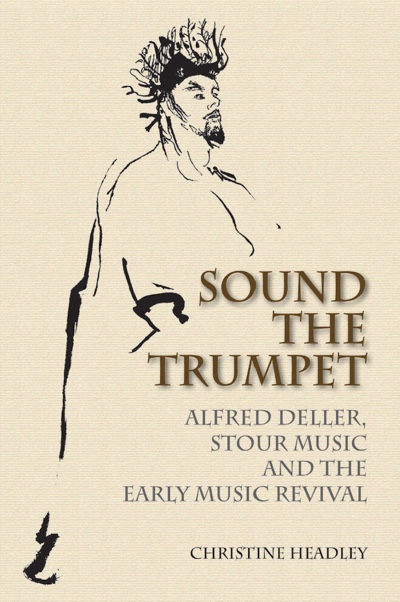 We learn not only about Deller’s remarkable career in Christine Headley’s wonderful book, but also about the Stour Music Festival, with which he was so closely associated. Along the way we encounter those musicians and other figures and institutions who played such an important role in the growth and development of early music in England, Europe, and the United States. They include Sir Michael Tippett; Gustav and Marie Leonhardt and their Collegium Aureum; Nikolaus Harnoncourt and his Concentus Musicus Wien; Dellers’s own Amphion Ensemble and Deller Consort; Vanguard Records, founded by the unlikely pair of the brothers Seymour and Maynard Solomon, two Jewish New Yorkers who loved early music and produced important recordings of this repertoire during the 1950s and 1960s; and a host of other characters.

What is also striking to learn about in this book was the extensive role that the BBC and other British agencies played in supporting the growth and dissemination of early music during these formative years. Examples abound, such as a broadcast on May 17, 1948, on the BBC Third Programme of Monteverdi’s L’Incoronazione di Poppea, and in 1950 the BBC “experiment to familiarise listeners with Schütz’s Resurrection, broadcasting it four times.” NPR, where were you when we needed you!

The book is arranged in chronological order but opens with a lucid discussion of the history of Purcell’s Come Ye Sons of Art, a Deller trademark, post-Handelian performances of Messiah, and the number of countertenors who sang there, and even violins and bows. Deller, of course, remains the focus of the book. Headley traces the trajectory of his career year until his death in 1979, and then continues with chapters such as “After Alfred 1979-1999” and “Into the Twenty-first Century.” The book’s comprehensive 38-page Index is also a valuable reference source.

Born on May 31, 1912, Deller became a conscientious objector during World War II and was given two options: become an air-raid warden or work on the land. The music world is fortunate that he chose the latter, finding a farm close enough to Canterbury that enabled him to sing in the Cathedral Choir.

“In 1944,” Headley tells us, “Michael Tippett launched Alfred upon an unsuspecting world, defining his voice as counter-tenor — ‘a male alto of what would be regarded now as exceptional range and facility.’” Tippett would write a eulogy in 1980 that concluded with an eloquent appraisal: “He remains for me the first and best countertenor of my time.”

We then learn that “Alfred Deller first came to the nation’s attention when he performed ‘Sound the Trumpet’…in the BBC Third Programme’s inaugural concert in September 1946.” Considering the unusual nature of Deller’s voice, however, it is not surprising that he had to be quite careful during these early years to avoid any confusion or misinterpretation about his identity as a male singer. He therefore felt it necessary to write to Arthur Wynn on September 2, 1947: “I much prefer to be known as a Counter-Tenor and not as an Alto (need I tell you why!) and would be most grateful if this could be made clear in any printed programme of announcement.”

All manner of personages make appearances in this book, both great and lesser known. Harnoncourt, for example, brought his Concentus Musicus to Stour in 1966, Headley telling us that “under the baton of Alfred Deller…they gave the first performance of Messiah on original instruments in England in modern times.”

Leonhardt and Deller performed together quite often in the 1960s and ’70s and made numerous recordings, such as the Vanguard release of Bach’s cantata BWV 54, for which Leonhardt had proposed Deller as the featured vocalist. Leonhardt’s blunt appraisal, according to Headley: “Deller was superb, we were atrocious.” Leonhardt would later acknowledge his admiration for and debt to Deller in an extensive 1978 interview in Gramophone, stating that Deller “taught me the enormous variety possible in nuance and phrasing.”

There are also some “colorful” stories from Deller’s long touring career. In St. Louis, for example, Deller coached “Scott Johnson, a virtuoso on the sopranino recorder,” whose mother, Virginia, a singer, was quite interested in early music. Nevertheless, she chose a different path: to study sexual practices with William Masters, becoming part of the pioneering research team Masters and Johnson. In another vignette, the tenor Sir Robert Tear writes: “When singing in Leverkusen…a woman…with a thick German accent said in English, ‘You are eunuch, Herr Deller,’ to which Deller replied “most theatrically and…from his considerable height: ‘I’m sure you mean unique, Madam.’”

Words of praise for Deller came from all quarters, such as those by David Fallows in Gramophone in 1978 on the occasion of Deller’s 65th birthday: “There must be thousands of people who, like me, date their earliest love for music before Bach to Deller’s voice…it is probably fair to say that if Byrd and Purcell are revered at all outside this country, at least half of the credit is due to Alfred Deller.”

I can add a few words of my own. As a teenage keyboard player discovering the rich world of early music, I listened to Deller’s recording of Come Ye Sons of Art and, in particular, the aria “Sound the Trumpet” every day, marveling at how he sang the word “Sound” with a seemingly unlimited expressive crescendo and power. Unforgettable!

Mark Kroll recently completed the tenth and final CD of his recording of the complete pièces de clavecin of François Couperin. His annotated facsimile of Johann Nepomuk Hummel’s piano treatise was just published by Pendragon Press.