Good things come in small packages. This relatively short book has always loomed large as one of my go-to sources for information about François Couperin, his music, the people and places he knew, and the culture in which he lived. I was therefore pleased that The arpsichordist and musicologist Jane Clark, Swansea University professor emeritus Derek Connon, and Keyword Press have published a third, revised edition. They have improved what was already a very good thing. 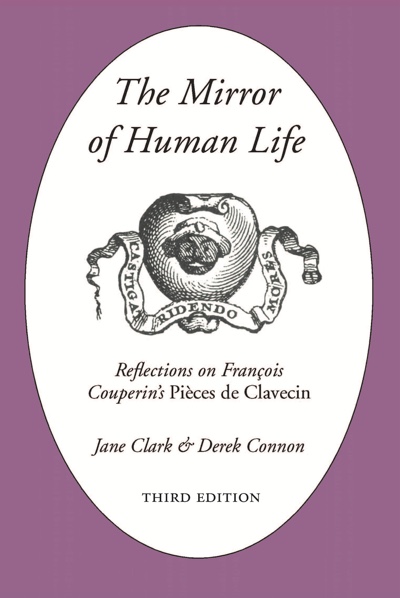 The new volume retains the format and organization of its predecessors. Three sections, totaling nearly 100 pages, discuss “aspects of the social and cultural background” (Clark); “aspects of the literary scene” (Connon); and “the architecture of the ordres.” These are followed by a section of about equal length, “Catalogue of movements of the Pièces de Clavecin” (Clark) that examines the titles, musical features, and cultural/literary context for almost every piece in Couperin’s 27 ordres. The bibliography is also updated, and an illustration is added.

The improvements in this third edition are many. To cite just a few examples, the new version expands the discussions about the important role of the exiled Stuart court at Saint-Germain-en-Laÿe in Couperin’s career; the contribution of Evaristo Gherardi and his Théâtre italien to the “new and diversified character of [Couperin’s] Pièces de Clavecin”; the influence of the Masonic Orders and the Rosicrucians on Couperin (a prime example being Couperin’s harpsichord piece La Visionaire, ordre 25); and how the almost universal dislike for Louis XIV’s mistress, Mme. de Maintenon, was portrayed satirically and subversively in the music of Couperin and other composers.

Availing themselves of recent scholarship by luminaries such as Georgia Cowart (The Triumph of Pleasure), Glen Wilson (The Other Mr. Couperin), Julie Anne Plax (Watteau and the Cultural Politics of Eighteenth-Century France), Graham Sadler, Davitt Moroney, Denis Herlin, and Mary Cyr, the authors address some new issues as well. One is the question about Couperin’s “forbears,” as he called them (i.e., his uncles Louis and François, and father Charles), and the authorship of some important 17th-century sources.

The section on the meaning(s) of Couperin’s titles is always fun reading, even when the explanations sometimes raise more questions than they answer. This new edition is no exception. We are told that the “most likely candidate for the noble allemande L’Auguste” (ordre 1) is now “the exiled James II, often referred to as Augustus in royalist iconography,” and that, perhaps less significantly, René-Guillaume Landouillette de Logivière should be added to a rather long list of inspirations for La Logivière (ordre 5), since his name appears “in handwriting on a copy of the continuo part of Marin Marais’s third book of Pièces de Viole.”

We learn that Le Trophée (ordre 22) is not only an “amorous air” or “amorous trophy,” but also a reference to “Le Bosquet des Dômes at Versailles, where the domes on the tops of two marble pavilions were surmounted by sculptures of children standing on trophies playing trumpets,” and that Le point du jour in the same ordre might refer to the eponymous statue on these structures that “signified Lucifer (light-bringer in Latin), the morning star.” My favorite, however, actually appears in the new preface. Couperin’s La Chemise Blanche, a viol piece, is not only, or merely, a white shirt, but a clean one, the title making a sly reference to the regime change in France after the death of Louis XIV, an event not generally lamented by Couperin and his contemporaries.

Readers unfamiliar with Couperin’s music might wonder if such seemingly trivial information matters. Is it really that important to know what a white shirt does or does not signify? The answer is — it does.  Just about every piece by Couperin has one or more connections to the world in which he lived and worked, the people he liked and disliked, its aesthetics and culture, its theatre, painting, and literature. Couperin tells us as much in the preface to his first book of harpsichord pieces: “I have always had a subject in mind when composing all these pieces: different occasions have provided it. Thus the titles refer to ideas that have occurred to me [and many of the pieces] are portraits of a kind.”

Therefore, a complete immersion into Couperin’s world, a thorough knowledge and understanding of those “ideas” and “portraits” to which he refers, enhanced by a careful analysis of the compositional techniques he uses to realize his goals, are central to the interpretation and appreciation of his music, more than perhaps any other composer. That is why a book like this is so important, for performers and listeners alike.

Mark Kroll was recently awarded by Early Music America the 2020 Howard Mayer Brown Award for Lifetime Achievement in the Field of Early Music. A recent Sunday Baroque podcast interview with Suzanne Bona can be accessed at https://sundaybaroque.org/podcasts/mkroll.mp3