My students and I recently experimented with rote learning of music from the late 14th-century Llibre Vermell de Montserrat in a call-and-response manner. I wanted to discuss memory techniques, comparing modern methods to ancient systems. Much to my surprise, no one had been taught how to memorize, either by their music teachers or by anyone else, and the one person who did admit to having a memory technique said she had devised it herself.

Did your parents or grandparents retain poems they had learned half a century ago in grammar school? Mine did. In my first course in graduate school, William Mahrt taught us by rote the communion chant “Amen dico vobis.” We began every session singing it, having been commanded never ever to look at the notation, and we very soon had it by heart. I still do.

But my own students struggled with the simple Latin round I sang with them. Some said the tune was too easy and had nothing distinctive musically to help them. Others blamed the Latin text. Most were dismayed that they couldn’t see it on the page. They all have to perform solo repertoire from memory, and they claim to hate it. The one student who has a technique explained it to me: In her imagination, she puts one line of a song on one step of a staircase, the next line on the next step. When she successfully navigates the staircase, singing every line of the song, she is rewarded with a cookie at the top.

Of course, except for the dessert, this is the method of loci, or the classical memory palace, where items to be learned are imaginarily placed in specific locations. The Greek lyric poet Simonides is said to have invented this technique when he was able to recall in order the names of everyone seated around a dinner table after the building collapsed. If you construct an imaginary building and arrange the objects to be memorized, you can later “walk” this memory palace and retrieve each of the items. You can also use your route to work, the signs of the zodiac, body parts, or any other ordered, retrievable sequence. The students and I walked the hallways in an attempt to erect a memory palace.

Sadly, construction bogged down with arguments over which architectural items to include and how many items were needed.

What’s your memorizing style? Many of my professional friends insist that writing out texts by hand helps. One friend follows this step with writing out just the first letter of each word, and then trying to sing from that. What about memorizing backwards—the last phrase, then the penultimate, the antepenultimate, and so on, so you are always reviewing? Many friends go for long walks with the text or music in their pocket or their head, using the rhythms and repetitions of walking to solidify memory. Reciting the text ridiculously fast, or in front of a mirror, or while standing on one leg (or maybe doing all three at once) are also useful techniques. One friend, who sings opera roles in repertory and has to keep 7 or 8 in play, writes the entire text of a part out by hand or on a computer the afternoon of a performance.

My technique involves word games: acrostics, rhymes, and linking the last word in a line to the first word in the next, either by alliteration, assonance, or some unsophisticated technique. Nowadays, we can listen to recordings over and over to help solidify our memorizing of a song, but this doesn’t provide any solid safety = nets to recover from a possible mishap. Monks learn from repetition. Pop performers and cabaret artists now sing long sets with the help of the rolling lyrics of a songbook app like OnSong. What if recitalists used this technology? Could we resurrect the “memorized” Liederabend? Please tell me what you think. 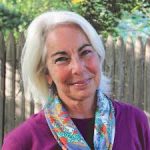 A singer, vocal coach, and continuo player, Judith Malafronte is on the faculty at Yale University and writes regularly for Opera News.