Albums routinely take several days to record, but Charlotte Mattax Moersch, harpsichord professor at the Urbana-Champaign campus of the University of Illinois, impressively knocked two of them off on adjacent days in June 2018 — and the liner notes indicate that the Sunday session took place on Father’s Day. She performs on a 2009 instrument made in Berkeley by John Phillips after Nicolas Dumont (Paris, 1707). 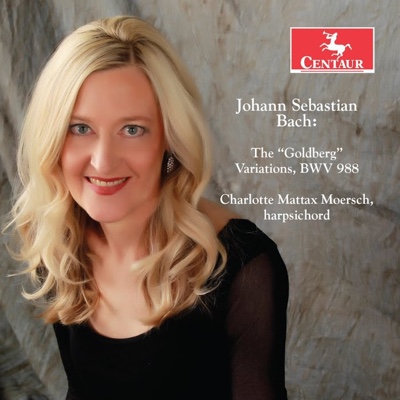 Captured at the university’s Krannert Center, these two recordings include Moersch’s contribution to the ever-growing list of keyboardists who have successfully taken on J.S. Bach’s Aria mit 30 Veränderungen and lived to tell about it, as well as a collection of pieces by four of Papa Bach’s offspring, book-ended by a work of his own and an arrangement of a movement from one of his solo violin sonatas.

The legend surrounding the 30 Variations, initiated by Bach’s biographer, Johann Nikolaus Forkel, is well-known, and there are verifiable facts underneath what is certainly some embroidery.

Yes, there was a young harpsichord prodigy named Johann Gottlieb Goldberg who seems to have studied both with J.S. and W.F. Bach in Leipzig. And yes, Goldberg did enter the employ of the Russian ambassador, Count Hermann Carl von Keyserlingk, at the age of 14.

Forkel’s story relates that the count was sickly, an insomniac who put Goldberg on call to play for him during the silent watches of the night.

Once the count mentioned in Bach’s presence that he would like to have some clavier pieces for Goldberg, which should be of such a smooth and somewhat lively character that he might be a little cheered up by them in his sleepless nights.

Bach, of course, provided far more than “some clavier pieces.” Imagine being roused at 3 a.m. with the urgent request, “Dear Goldberg, do play me one of my variations” — and hoping that the Count didn’t have his heart set on No. 20, one of the more complicated, cross-hands movements.

You can tell a lot about a keyboardist from their approach to the seemingly straightforward “Aria” that begins and ends the journey, and which first appeared in Anna Magdalena Bach’s 1725 Notebook. Moersch plays it ruminatively, lingering over details, calling out especially expressive moments, and applying her own articulation to melodic figures.

As the variations unfold — organized by the composer so that every third variation is a canon at increasingly wide intervals, and with a French overture at dead center — it’s clear that Moersch has thought through every nuance of phrasing, whatever genre Bach is visiting at the time.

Her treatments of the minor-key variations (Nos. 15, 21, and 25) are particularly expressive, sometimes at the expense of forward motion, but her playing in the fast movements is flawless — uniformly brilliant and crisp.

It would have been fun to hear more of JSB’s earthy humor in the final Quodlibet, which sings in a folk song to the soon-to-be-repeated Aria, “It’s been so long since I’ve seen you,” combined with another folk song that answers, “Cabbage and turnips have driven me away.” 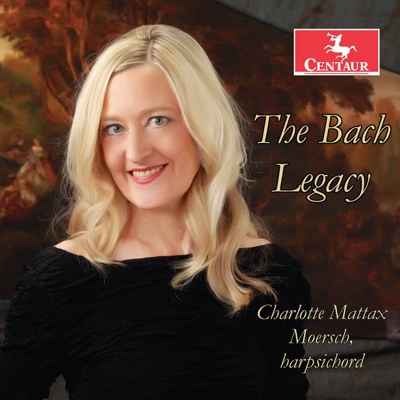 The title of Moersch’s second recording seems to promise a selection of pieces that chronicle Johann Sebastian’s influence on younger Bachs but turns out to be more like a family album without a larger agenda.

The subplot is the Polonaise, a widely popular Baroque dance form that inspired Wilhelm Friedemann to write 12 of them, of which Moersch plays the one in E minor. Johann Christoph Friedrich is represented by one in F Major, more sedate than that of W.F., which indulges in some chromaticism. The harpsichordist plays both affectingly, though it’s difficult to imagine dancing to either.

Moersch gives C.P.E. Bach’s “Württemberg” Sonata the dramatic and dynamically inflected performance the piece deserves, as she does for J.C.F. Bach’s Sonata in F, which also calls for the terraced contrasts that only a double harpsichord can provide. (In the liner notes, Nicholas Temperly writes that Bach’s No. 4 composing son, Johann Christian, isn’t invited to this party because his more modern style doesn’t suit the harpsichord.)

At the top of this album, Moersch gives Papa Bach’s Italian Concerto an ebullient performance, and at its end appends an unattributed arrangement of the first movement of his C-Major solo violin sonata, BWV 1002, to which the Bach-Gesellschaft have assigned the separate BWV number 968. The contrast with the violin version is striking: BWV 968 transposes the movement to G, is bass-dominated, and replaces expressiveness with gravitas. It’s an interesting way to conclude this loose collection of Bach family pieces, and Moersch plays it grandly.