The Topping Tooters of the Town: Music of the London Waits 1580–1650
The City Musick, William Lyons director
Avie Records AV2364

CD REVIEW — From Medieval times though the early 19th century, cities and towns around Merrie Old England employed bands of professional musicians to perform during civic and ceremonial events.

Why these are the city waits, who play every winter’s night through the streets to rouse each lazy drone to family duty. These are the topping tooters of the town, and have gowns, silver chains, and salaries, for playing “Lilliburlero” to my Lord Mayor’s horse through the city.  — Ned Ward, The London Spy, 1709 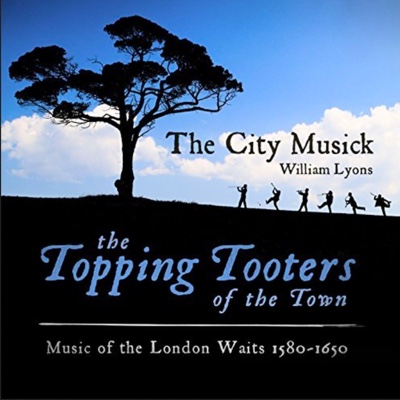 Thus begin the liner notes for The Topping Tooters of the Town: Music of the London Waits 1580-1650, the latest CD from William Lyons and his top-notch, London-based Renaissance band, The City Musick, which takes its title from Ward’s flight of alliteration.

By 1600, the population of the city of London had overflowed its Medieval walls and a younger, more urbanized audience clamored for musical and theatrical entertainment. The Waits, performing mainly on wind instruments — shawms, dulcians, cornetts, and sackbuts — filled the city’s expanding musical needs. Widely hailed as England’s best musicians, in addition to their civic duties the London Waits may have given the first public concerts in England beginning in 1571. This brilliant album pays homage to their important role in London’s musical life around the turn of the 17th century.

Since its founding, The City Musick has appeared at Shakespeare’s Globe Theatre and at the BBC Proms, as well as at traditional feasts and ceremonies in the City of London, at Ham House, and at the York Early Music Festival. On this recording, eight of the eleven musicians play outdoor instruments — shawms, dulcians, hoboys, bagpipes, cornetts, sackbuts and lysard — as well as members of the more domestic recorder family. Three appear only as singers.

The disc opens with a spirited “tooting” of Anthony Holborne’s The Night Watch by the outdoor instruments. Other works by Holborne include The Cecilia Almain, stylishly performed  on sackbuts, cornetts, and bass dulcian. Of Holborne’s three works performed on recorders, Paradizo is highlighted by lovely phrasing and ornamentation of its expansive melodic lines. Recorders are also highlighted in Peter Philips’ dolorous Pavane and Galliard, as well as in excerpts from Thomas Morley’s First Booke of Consort Lessons (dedicated to the London Waits), and pieces from his three-voice Canzonets. 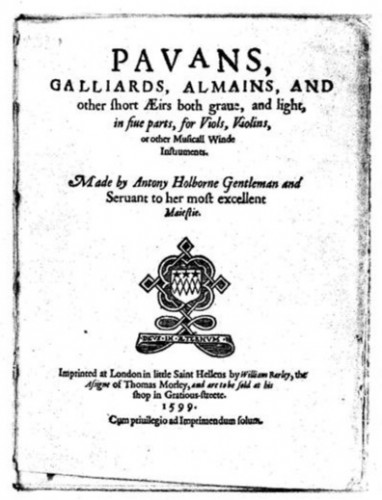 Religious music also figured importantly in the Waits’ repertory. A sequence of four psalms from Ravenscroft’s The Whole book of Psalmes (1621) represent The City Musick’s view of how devotional music might have been performed. Instrumental interludes are interspersed with voices in settings by John Dowland, Richard Allison, Simon Stubbs, and Ravenscroft — the vocal lines sounding as folksy as American Shape-Note singing. Ravenscroft’s setting of Psalm 117 ends with a thrilling verse for voices and instruments and a splendid “Amen.”

The only piece by a foreign composer, Valentin Haussmann’s All ye who love, with its crisp articulations by shawms, dulcians, and sackbuts, beautifully sets up the final group, Lyons’s arrangements of dances by John Playford. Bagpipes add a new timbre to the proceedings in such as the aforementioned Lilliburlero, which leads directly into Maiden Lane, a lilting dance performed on shawms and sackbuts. Bagpipes return during Halfe Hannikin, and then the rest of The City Musick ensemble joins in for a rousing account of Sellengers Rownde, bringing the CD to a vivacious conclusion.