Yes, ‘tis the season for shamrocks, leprechauns, and a bender or two. A good time to check in on a new program just launched by the long-running West Coast baroque ensemble Musica Pacifica – a group that plays, in the words of critic Schwartz, “with both liveliness and a heap of suave.” Right now the ensemble is in a run of performances titled The Foggy Dew: Baroque and Traditional Music from the British Isles. 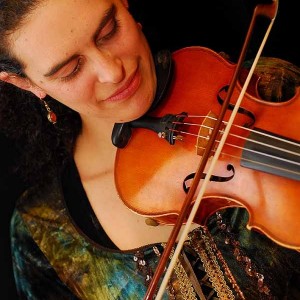 In this case, the “British Isles” stretches all the way to French Canada and Cape Breton, as acclaimed Celtic fiddler Laura Risk joins the Musica Pacifica members for a program that “crosses over” between Baroque music-making that might’ve happened in the drawing rooms and salons,with the occasionally-raucous world of Celtic and Quebecois traditional music that happened, then as now, in the streets, pubs, fields, and fairs. 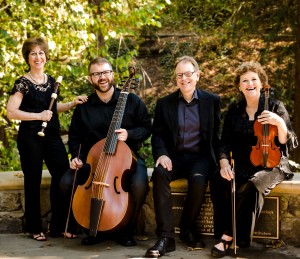 As Musica Pacifica puts it, “The rhythmic vigor and melodic liveliness of so many Scots and Irish tunes appealed to the sophisticated London audiences as an emblem of their native culture. And the collision of this rich repertoire with the new Italian and French fashions in art music made for a fascinating mix of high and low, exotic and local. Composers and audiences began to grow accustomed to a blending of musical styles and idioms from across the British Isles and throughout the European continent.” 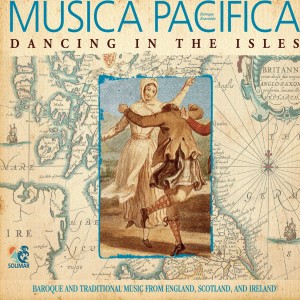 Adding a Celtic fiddler of Laura Risk’s stature represents a new bend in the crooked road that Musica Pacifica has explored before, both at an acclaimed appearance at the Berkeley Early Music Festival (see the the video below), and a well-received CD called Dancing In The Isles. Their secret weapon, the arrangements of many of the tunes (often single melodies without any harmonies or other parts) by Musica Pacifica’s violinist Elizabeth Blumenstock. We’ll leave the last word to critic Schwartz: “As appropriate for dances, [Music Pacifica] they get the feet moving. Where they need to arrange, they do so with great elegance. If you want to give yourself a refreshing break from, say, Bruckner, I recommend this.”

Check out Musica Pacifica performing some traditional Irish tunes at the Berkeley Festival.

And for a little fun, take a listen to “The Arrival of The Queen of Sheba….in Galway Bay.”