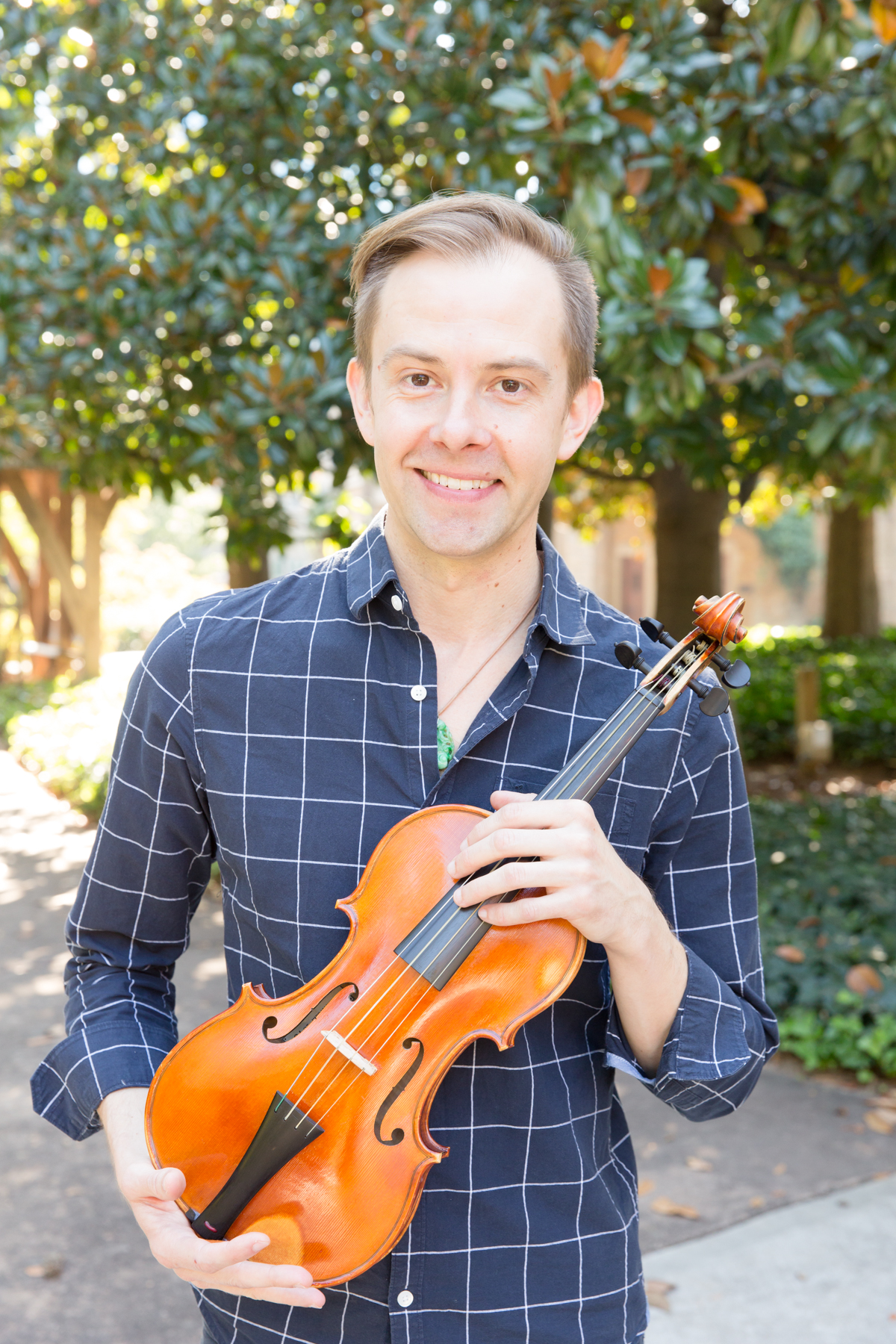 Atlanta native Evan Few has established himself as a leader in his generation of historical performance specialists, having studied and performed repertoire ranging from Monteverdi to Gershwin on period instruments. An assertive, collaborative instrumentalist, ​he is equally adept in settings large and small, and his affiliations ​include some of the most esteemed, and some of the newest, early music ensembles across Europe and the Americas. Evan is a core member of Apollo’s Fire and the Carmel Bach Festival; co-Concertmaster and Artistic Administrator of the Atlanta Baroque Orchestra; frequent guest with Bach Collegium Japan and Chatham Baroque; and co-founder of Filament, a chamber group established in Philadelphia in 2019.

Evan completed his principal violin studies at Oberlin College as a pupil of Marilyn McDonald, and pursued further training in string quartet performance at Rice University, with founding members of the Cleveland and Concord Quartets, and in baroque violin at the Koninklijk Conservatorium Den Haag, with Elizabeth Wallfisch and Kati Debretzeni. He has participated in the making of numerous recordings available from Accent, CPO, Deutsche Harmonia Mundi, and Zig-Zag Territoires. His violin was built for him in 2010 by Matthieu Besseling of Amsterdam, modeled after early Stradivarius examples; he plays with baroque bows by Luis Emilio Rodriguez Carrington (2011) and Thomas Pitt (2016), and a classical bow by Stephen Marvin (2011).