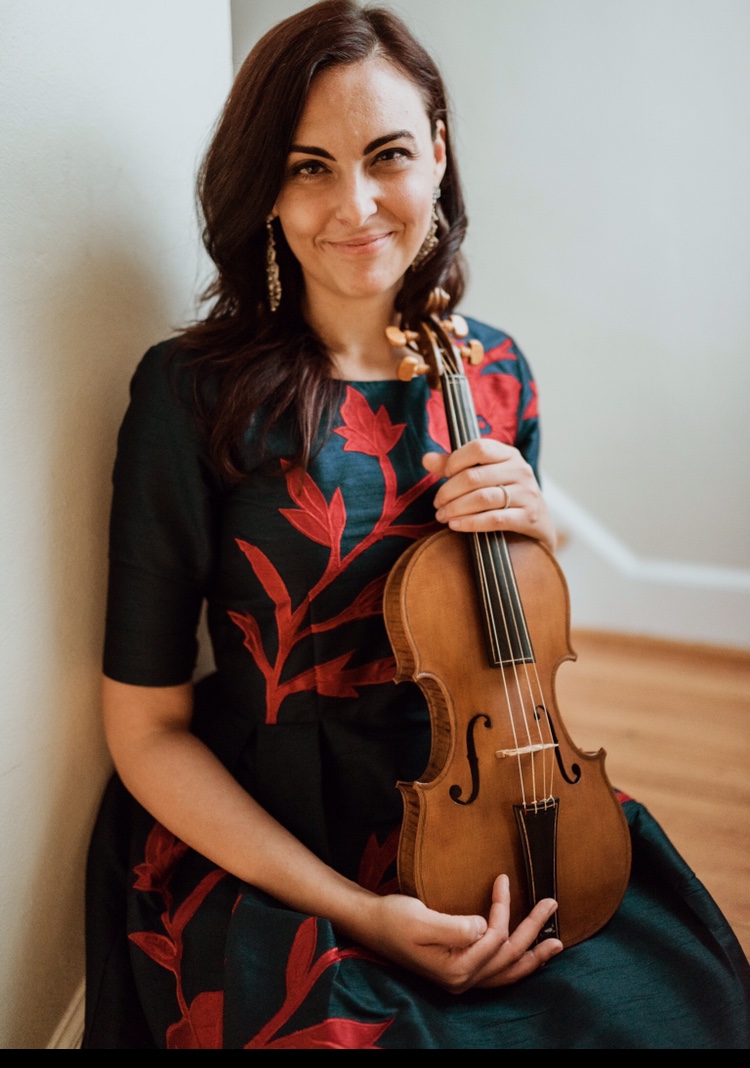 Sophie Genevieve Lowe is a captivating Baroque violinist who is originally from the prairies of South Dakota. Praised for her “unique style and confident voice,”(Margaret Faultless) Sophie studied at the Royal Academy of Music in London in historical performance with Matthew Truscott. Her solo performances include a concert at the Palais des Beaux-Arts de Bruxelle (Brussels, Belgium), a four-violin concerto solo with Laurence Cummings at the Duke’s Hall (London), and a concerto on a Landolfi violin on loan from the National Music Museum (USA).

Sophie was a founding member of the Keats String Quartet in London, which performed extensively across the UK. The quartet frequently performed at Cambridge University, and accompanied various Cambridge college choirs. She was a member of the early music group, Risonanti, which was the only ensemble in the United Kingdom to perform early Italian music solely at high pitch (A=465) In addition to her UK studies, Sophie studied at the Starling-Delay Symposium at the Juilliard School of Music in NYC and l’Académie du Domaine Forget in Québec, Canada.

Sophie is passionate about researching and performing American Baroque and Classical composers who remain largely unexplored. She is currently working on a recital cycle that showcases early American composers. She performs with the Washington Bach Consort (Washington, D.C.)  and American Baroque Orchestra (New Haven, CT).