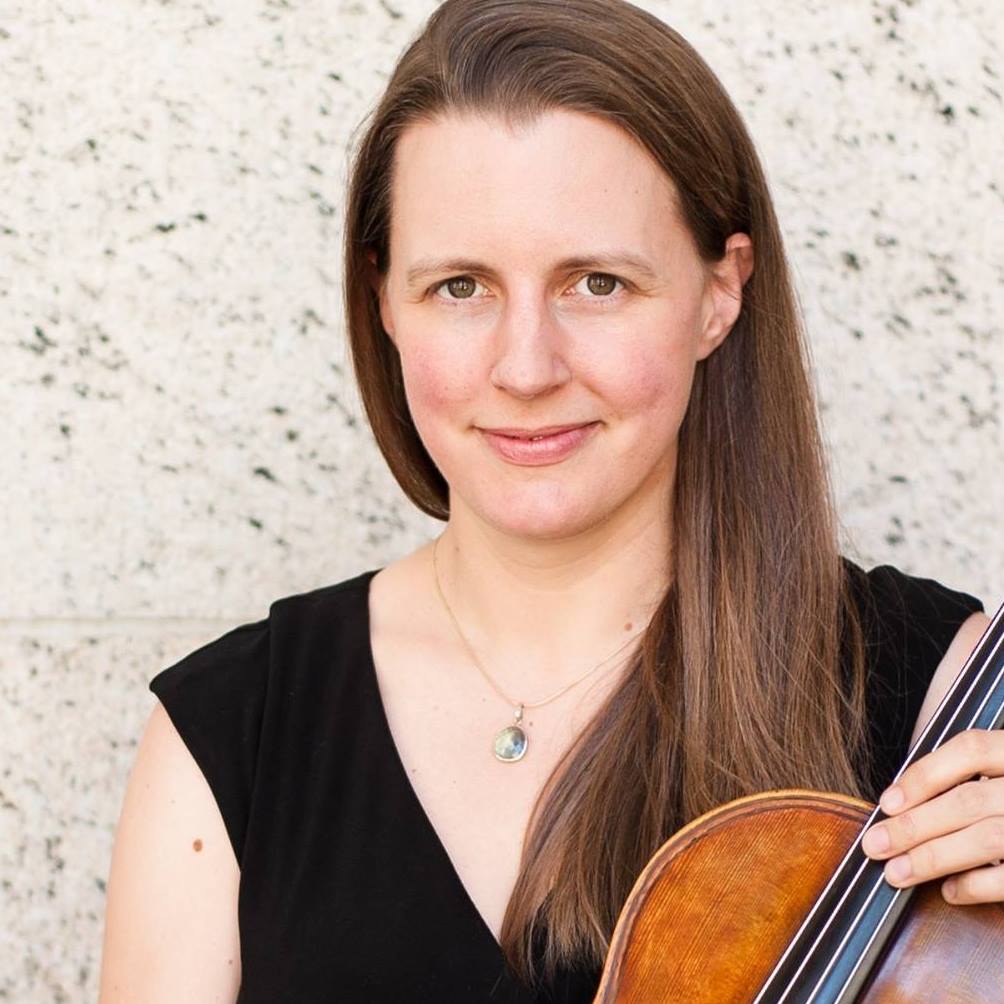 Violist Emily Rideout is increasingly in demand as a specialist in period-instrument performance, and the music of the Baroque and Classical periods.  As a soloist, she was twice winner of the Boston University Bach Competition, and she plays regularly with period-instrument ensembles including Boston Baroque, Handel and Haydn Society, Lyra Baroque Orchestra (MN) and Mercury Orchestra (TX).  She served as principal viola at the 2019 Academy of the American Bach Soloists in San Francisco, and is in demand as a soloist in concertos of Bach, Telemann and Mozart with period instrument ensembles.

Ms. Rideout’s additional period instrument activities have included a tour of Japan with Cambridge Concentus and Joshua Rifkin; recording a soundtrack for the PBS documentary “Seeing in the Dark”; and touring Poland with Boston Baroque, giving the group’s first performance in the newly opened Polish National Radio Symphony Hall.  She is a founding member of Folk Baroque, a string trio that combines their love of period instrument performance with both Baroque and traditional music; and has been featured as a soloist performing unaccompanied Bach on NPR station WBUR.  Emily has also appeared as guest violist with the Muir, Emerson, and Avalon String Quartets and plays routinely with Grammy-nominated ensembles Boston Modern Orchestra Project and A Far Cry.

Dr. Rideout has an extensive background in pedagogy and is a frequent lecturer on topics including the intersection of period performance and string teaching.  She was invited to speak at the 2012 National Suzuki Conference, and has presented on Baroque and period-instrument topics at Suzuki Institutes across the U.S. and Canada.  Emily is also an enthusiastic folk musician, appearing as fiddle player in the bands Three Tall Pines and Fort Point Ramblers.