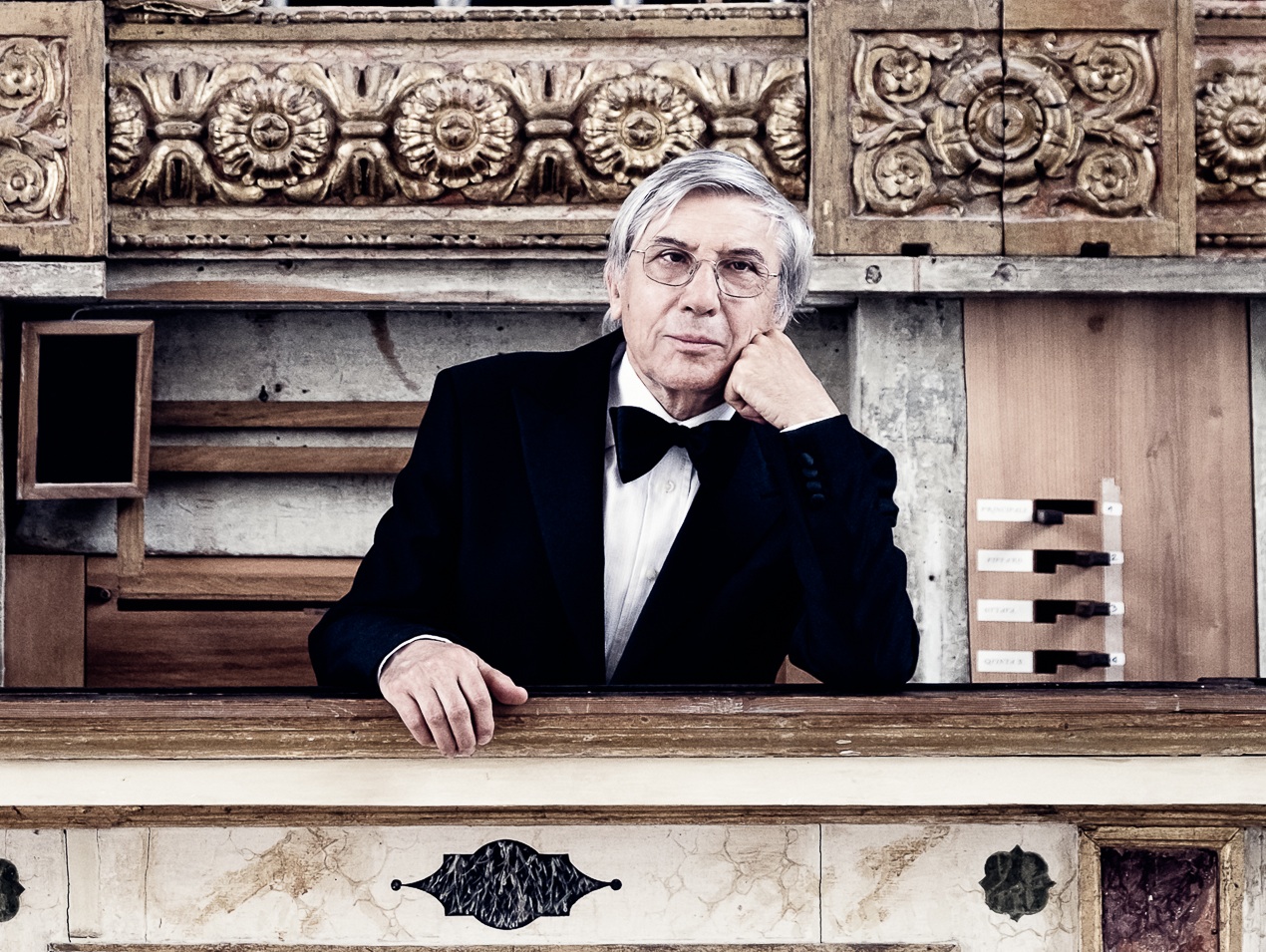 Unanimously recognized as one of the greatest interpreters of the Renaissance and Baroque vocal repertoire, Giovanni Acciai is graduated in organ, composition and choir conducting and specialized in “Paleography and musical philology” at the University of Pavia.

He is an emeritus professor of Musical Palaeography in the Musicology Course at the «Giuseppe Verdi» Conservatory in Milan.

Formerly director of the vocal music magazine “La Cartellina” and “The Musical Offer”, he has numerous revisions of ancient music, musicological essays, translations to his credit.

Director of the “University Choral of Turin” (from 1975 to 1983), of the “Choir of the Theater” of Bologna (1981-1982) and of the “Chamber Choir of the Italian Radio Broadcasting and Television (RAI)“ of Rome (from 1989 and until the dissolution of the complex, which took place in 1994), he is currently the artistic and musical director of the “Solisti del madrigale” and of the Collegium vocale et instrumentale “Nova Ars Cantandi”, trained by professional singers and instrumentalists, at the helm of whom he carries out an intense concert and record activity.

For artistic and musical merits acquired internationally he was elected in 1991, an honorary member of the “American choral directors associations”.

He is artistic director of the choral singing competitions of Grado (Udine), Lucca, Assisi (Perugia) and Quartiano (Lodi).

He is regularly invited as president or jury member of the most important national and international singing and choral composition competitions; to hold reports in musicological conferences and internships in choir direction at Italian and foreign choral associations.

On behalf of the Nuova Era record company, he oversaw the recording of Claudio Monteverdi’s “Quarto” and “Sesto Libro de Madrigali a five voices”, in the performance of the “Soloists of the madrigal”.

At the helm of the Collegium vocal and instrumental «Nova Ars Cantandi» he has instead made, for the Concert of Milan, the recording of «Vespers for the feast of All Saints» by Giovanni Giacomo Arrigoni (1597-1675); for Sarx Records in Milan, Pasquale Cafaro’s “Stabat Mater”, Francesco Durante’s “Managers of Holy Week” and Giovanni Pierluigi da Palestrina’s “First Book of Motetti a Quattro Voices”; for the Stradivarius of Milan, the complete edition of Lodovico Grossi da Viadana’s «Lamentations and Managers of Holy Week», a CD entitled «Europa concordia musicae», containing polyphonic music of the XV and XVI centuries, commissioned by the Prime Minister and by RAI on the occasion of the Italian Presidency of the European Union, Giovanni Contino’s «First book of the Masses with four voices» (1561) and the «Concerts with 1, 2, 3 and 8 voices» by Giacomo Moro (1604 ); for the Unda Maris of Palermo he recorded Pietro Vinci’s “Missarum cum quinque, sex et octo vocibus, liber primus” (1575); for the Tactus in Bologna the «Vespro a cappella della Beata Vergine, work eighth» (1678), by Isabella Leonarda and the «Harmonic enthusiasms of David», work ninth (1690) by Giovanni Battista Bassani. The latter record recently received the nomination for the International Classical Music Awards – ICMA 2017, in the “Early Music” category; for Antiqua-Classic Voice magazine, he produced two CDs dedicated, respectively to “La musica dei mercanti. The evening concerts of the seventeenth century “and” The music of the Jubilee. A seventeenth-century Vespers for Divine Mercy “; for Archiv-Deutsche Grammophon, the “Davidic Harp. Psalms and Mass concerted », work XVI (1640) by Tarquinio Merula, the« Contrafacta »by Claudio Monteverdi (« disc of the month »for the magazines Classic Voice and Amadeus),« Confitebor »and the« Responsoria »by Leonardo Leo (« disc of the month »for the music critic magazine and« Franco Abbiati »Award 2019 of the National Association of Music Critics).

In December 2004 he was appointed active member and official representative for Italy of the “Choir Olympic Council”, under the aegis of UNESCO.

He is one of the founders of the Academy of Early Music in Milan (A.M.A.MI.), of which he is also a member of the artistic committee.

In November 2015 it was part of the Réseau Européen de Musique Ancienne (R.E.M.A.), the European reference network for early music, which brings together members of eighty-eight cultural institutions from twenty-one European countries.