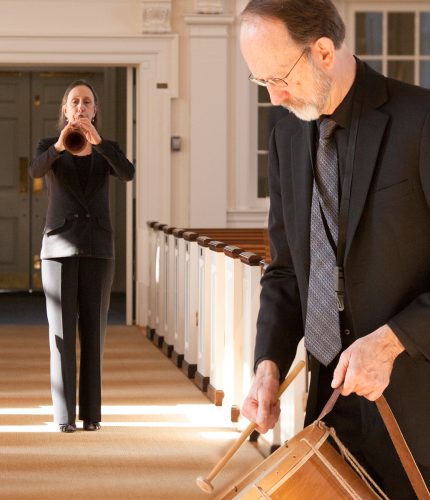 Philadelphia – Philadelphia’s internationally renowned period instrument ensemble, Piffaro the Renaissance Band, announces its final season of concerts under the leadership of Joan Kimball and Bob Wiemken, who will retire and pass the baton to their protégée Priscilla Herreid in June. This will be a hybrid season, with concerts taking place both in person and streaming online. Concert and ticket information are available at www.piffaro.org or by calling 215-235-8469.

The first concert program, A New Sun Rises (October 8-10), celebrates humankind’s inexhaustible capacity for new beginnings. Plagues and pestilences are nothing new, and composers historically wrote joyous works once such events had passed. Piffaro and guest vocal ensemble Variant 6 draw on a rich body of work from medieval and renaissance Europe and add a major new work commissioned from Philadelphia composer Kile Smith.