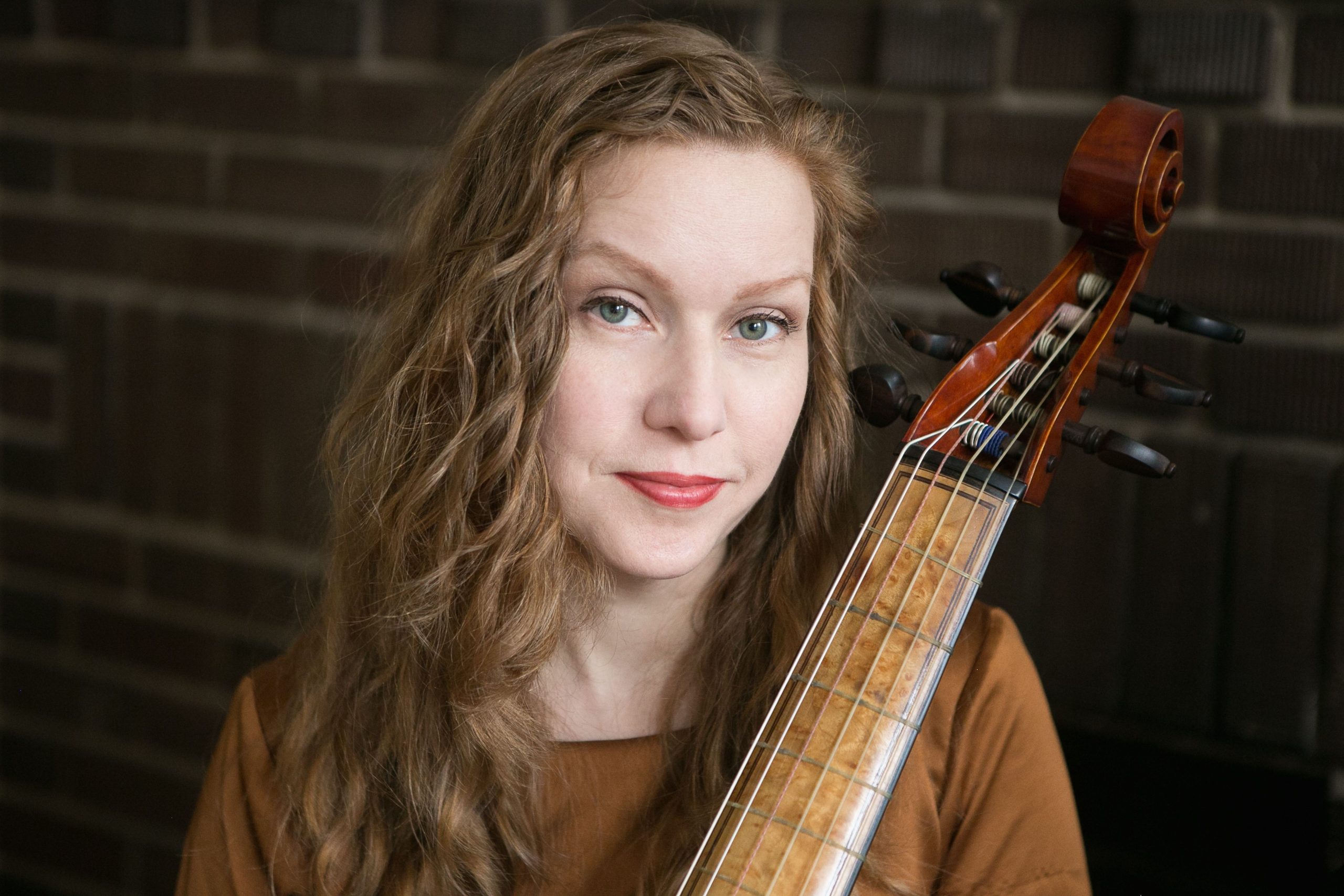 Amy Domingues has a passion for performing music new and old on the cello, viola da gamba, and vielle. Her early performance career found her honing her ensemble skills as a session cellist, recording and touring with rock and experimental bands in the United States, Europe, and Japan. After more than a decade of singing and playing cello in her chamber rock band, Garland of Hours, Domingues turned her focus to the viola da gamba. Following years of study, including masterclasses with Wieland Kuijken, Paolo Pandolfo, and Philippe Pierlot, she completed a master’s degree in Early Music from Peabody Conservatory in Baltimore. Amy has enjoyed an ambitious career as a historically informed musician, performing on viola da gamba, baroque cello, and vielle with groups as varied as The Folger Consort, Hesperus, and The Washington Bach Consort. She is a founding member of Sonnambula, the first historically-informed Ensemble in Residence at the Metropolitan Museum of Art (2018-2019), and co-founder of Corda Nova, a DC-based baroque ensemble. She also performs and records with guitarist Dennis Kane in the experimental/neo-classical duo Domingues & Kane. Amy has received the Peabody Career Development Grant and is a multiple recipient of the Artist’s Grant in Aid from the Viola da Gamba Society of America.  She is an avid educator and maintains a private studio of students of all levels and ages. Ms. Domingues has served on faculty at the Madison Early Music Festival, the Conclave of the Viola da Gamba Society of America, and appears on over 70 albums, most recently Sonnambula’s world premiere recording of Leonora Duarte’s complete Sinfonias on Centaur Records (2019). She resides in Washington, DC with her husband and two cats. www.amydomingues.com