Thinking about the current state of early-music singing, I polled friends, colleagues, students, and teachers, both here and abroad. Many instrumentalists find singers more confident with style than in the past, more flexible vocally, and more expressive with a variety of repertoires. Singers themselves are much less upbeat. 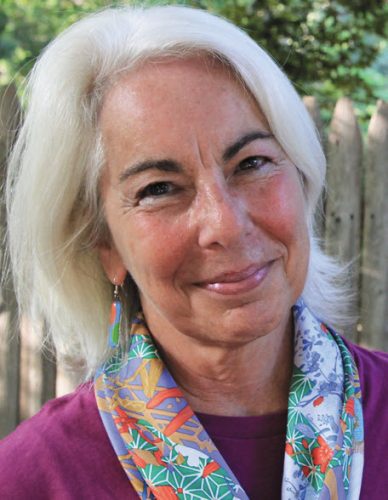 Diversity and representation are heated issues, with a few prominent ensembles still displaying all-white rosters. Ageism is a problem, particularly for women. Generic singing often wins out over colorful and personal timbres, and singers committed to early music—by training and by choice—feel overlooked by industry leaders. Vocalists capable of ornamenting in the manner of Bovicelli or singing ottave rime to a harmonic template are left in the library dust, while there are still conductors who micro-manage singers’ ornaments and cadenzas.

Major opera companies employ big names who may inflict minimal damage on Handel and Gluck, but even smaller ensembles fall prey to “flavor of the month” casting, providing a sprinkling of youthful glamour while pleasing donors. Yet emerging artists find it difficult to break into this world, where there is little transparency—and often downright rudeness—regarding auditions and hiring practices. Those fortunate enough to have work find that limited rehearsal time often precludes experimentation with sound, style, expression, and ornamentation, and conductors of larger ensembles might prioritize a generic “white” timbre with consonants “spit out.” Women are discouraged from cultivating a proper chest voice, and many singers are exhausted by the vocal compromises necessary to please an insistent director.

It’s great that we are hearing more medieval and Renaissance music these days, yet for many people “early music” still means “Handel opera,” with mainstream singers providing the benchmarks. I was saddened to learn that Benjamin Bagby’s Beowulf show will remain a fragment, as it’s not practical for him to enlarge and complete his solo performance of the poem. Who is following in the footsteps of this groundbreaking artist, using self-accompaniment, literary scholarship, and musical imagination to curate one-person shows?

Although pontifical politics recently placed the Latin Mass in jeopardy, Gregorian chant in a liturgical setting is flourishing throughout the United States. But is anyone working on plainchant with rhythmic interpretation, ornamentation, and improvised polyphony outside of churches? Are there ensembles with enough rehearsal time—even in academic settings—to experiment with improvised vocal ornamentation in polyphonic music from the 15th and 16th centuries? Historical awareness has spread to the bel canto era of the early 19th century, but why are large ensembles still hesitant to recreate early 18th- and 19th-century programs that inserted arias and piano works between the movements of symphonies? The study of partimento, with its keyboard improvisation templates, is flourishing; are singers also working on historical solfeggio and solmization?

And what would be the point? As a colleague once said, “Why study performance practice? The conductor is just going to tell you what to do anyway.” That comment hurt, but maybe it’s not so foolish after all. Is there any connection between Historical Performance programs and the real world? Singers in these programs complain that their curricula are not rigorous or thorough enough compared to mainstream equivalents. While university opera programs provide auditions with managers and opera executives, helping to place graduates in Young Artist programs, singers in Historical Performance programs don’t get an equivalent boost. Most of these programs don’t even have a full-time specialist voice teacher, and everyone knows about some institutions boasting well-funded instrumental programs in Historical Performance that have no vocal component.

Yet there are pockets of hope, mostly in workshop situations without the constraints of a performance goal. Artek’s Madrigal Madness project experiments with polyphonic improvisation. The New York Continuo Collective unites singers and instrumentalists in an exploration of 17th-century poetry, rhetoric, improvisation, and continuo skills. Bel Canto Boot Camp does the same for the early 19th-century repertoire, using vocal treatises and historical recordings in the spirit of cooperative inquiry. And French contralto Nathalie Stutzmann, with bona fide early-music credentials, has been named the next music director of the Atlanta Symphony.

Where do we go now?

Mezzo-soprano Judith Malafronte teaches in the Historical Performance department of Indiana University’s Jacobs School of Music and writes for Opera News and other arts publications nationwide.