CD REVIEW — In 2012, the music of Robert de Visée (c. 1650-1725) was in the air. Three outstanding lutenists—Toyohiko Satoh, Krishnasol Jiménez, and Rolf Lislevand—faced microphones that year to record tracks by the French composer and performer who worked at the court of Versailles. Two of the lutenists saw their results released in 2013, but Lislevand’s sampling of de Visée and the music of his putative teacher, Francesco Corbetta (c. 1615-1681), has waited until this year to become available. Each CD has its special virtues: Satoh’s because this eminent performer and teacher is playing a 1610 Lorenz Greiff lute that was converted into an 11-course baroque lute in 1673, and Jiménez’s because this gifted Mexican player reveals the special qualities of a 1679 guitar by Antonio Stradivari that had been restored to its original playing condition. 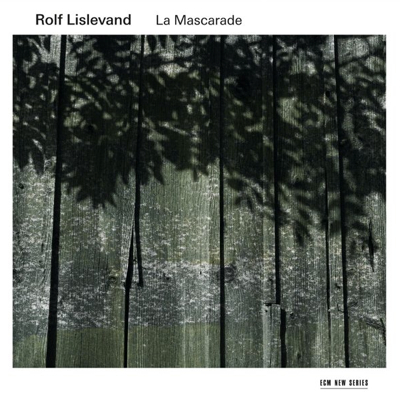 In “La Mascarade,” the Norwegian artist Lislevand gives us a personal statement that mixes not only two composers but also two instruments: theorbo for the music of de Visée (mostly taken from the 1699 Vaudry de Saizenay manuscript) and baroque guitar for the music of Corbetta. On both instruments, Lislevand is a player of remarkable fluidity and nuance. The key to his program is contained in its title, “La Mascarade,” which the artist in his notes defines as “not the true face…Nothing is to be taken literally. Everything is a game of masks. If an identity is in danger of being revealed through too close a contact, the masked face withdraws in order to maintain its secret.”

That is a lot to ask of a casual listener who is trying to understand the character of these two composers. De Visée was a multi-threat musician, serving as a vocalist and player of both plucked and bowed instruments for Louis XIV and holding the title of “Guitar Master of the King” under Louis XV. The older Corbetta was more of a specialist, being known widely as a virtuoso on the baroque guitar. After establishing his reputation in Italy, he visited Spain and The Netherlands and was active in both Paris and London, serving Charles II of England in exile and after the Restoration.

Lislevand’s title track comes about halfway through the disc, and it begins a series of pieces, whether by de Visée or Corbetta, that seem to mirror each other in their melodic gestures. It helps that in alternating between the two composers, Corbetta’s music is played on the guitar, whose range and sonority is so different from the theorbo. But this distinction is somewhat blurred at the end when Lislevand closes with two movements from de Visée’s 1686 collection for guitar, one played on the guitar (along with Lislevand’s improvised and atmospheric “intro” and “exit”) and one on the theorbo.

I felt on firmer ground with the Jiménez disc (Brilliant Classics 94435), with complete suites by de Visée played on a notable historical instrument—the same way I felt when listening to Aldo Abreu’s extraordinary traversal of the Telemann solo fantasias on historical recorders in the collection of Friedrich von Huene. But others may warmly embrace Lislevand’s intriguing presentation, with its diverting juxtapositions and reflections.

Former EMAg editor Benjamin Dunham has reviewed recordings for The Washington Post and Musical America and currently serves as the classical music reviewer for The Sentinel in Marion, MA.