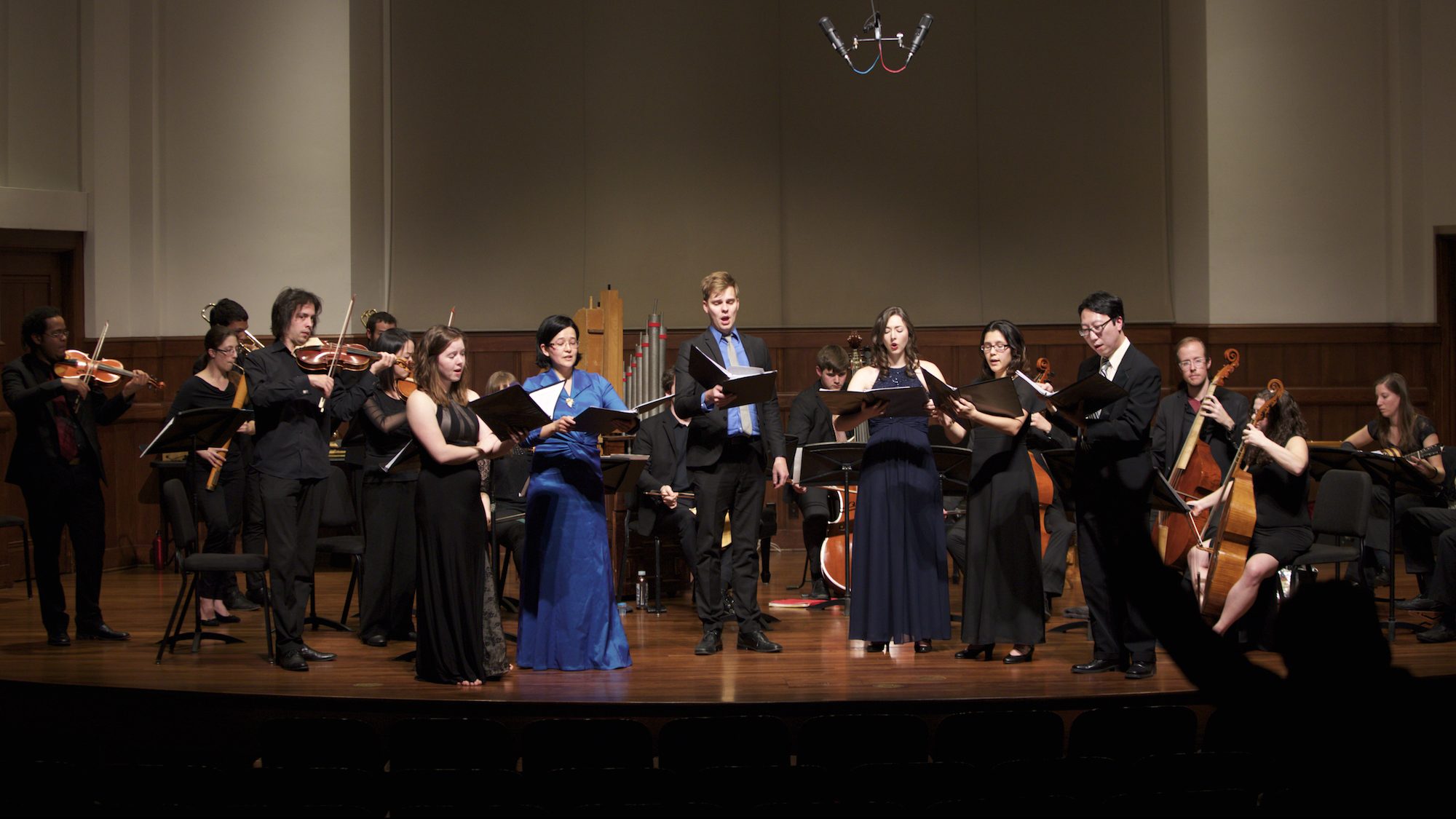 The University of Southern California Collegium Workshop will perform as part of Early Music America’s Young Performers Festival, May 24-26, 2018, as part of the Bloomington Early Music Festival.

USC has two official early music ensembles. The Thornton Baroque Sinfonia is an ensemble of period instruments and voices specializing in music from the late 16th through the mid-18th centuries. Classified as one of the official “large ensembles” of the Thornton Music School, the Baroque Sinfonia consists of approximately ten graduate students majoring in early music, at least as many graduate students of modern instruments and voice minoring in early music, and a small but growing number of undergraduate students, all performing four different programs each year.
Members also perform in the USC Collegium Workshop in two annual concerts devoted to medieval and Renaissance music. Both ensembles have performed in festivals in California and in the Berkeley and Boston Early Music Festivals as winners of the Early Music America’s College-Level Ensemble Development Grant and participants and past Young Performers Festivals. Its performances have been heard over public radio, and its members, past and present, perform, research, and teach around the world. Their recording of British broadside ballads D’ye Hear the News, commissioned by the Yale University Press, can be heard online at iTunes U. The ensemble was founded in 1986 by James Tyler and is currently led by early music program director Adam Knight Gilbert.
2018 Young Performers Festival Program: O virgo splendens: Devotional Music of Iberia
Hopeful pilgrims prayed, sang, and danced their way across Spain to worship at the shrines of Santiago de Compostela and the Abbey of Santa Maria de Monsterrat. The songs they left behind are preserved in some of the greatest collections of sacred song in European history. Our program will present selections of devotional song from the thirteenth-century Cantigas de Santa Maria, the fourteenth-century Llibre Vermell de Montserrat, and contrafacta over the Cantigas d’Amigo of Martin Codax. To illustrate continuities in Spanish sacred music, our program will close with villancicos from the early Spanish Renaissance built on the earliest ground bass progressions.
Selections to be announced at the festival.