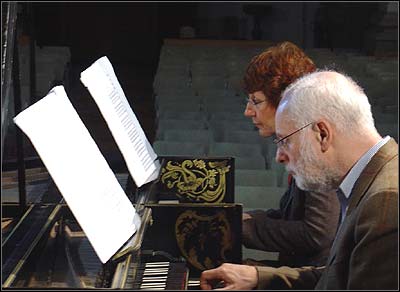 In our first Early Music Month post we noted that there is hardly a consensus about just what the end point of the “Early Music” epoch should be, particularly since in recent years there have been notable (and radically different sounding!) “historically informed” performances of recordings of Brahms, Berlioz, and other Romantic-era stalwarts. Advocates argue that gut strings, valveless horns, and smaller-sized orchestra were the norm in the mid-19th century. “The basic argument…,” says one reviewer, “…seemed to be this: Inside the lushly saturated beauty of the typical, modern-day performance of Brahms there is a leaner, earthier Brahms just waiting to be liberated.” Others, however, are less convinced.

For early music giant Ton Koopman, founder of the renowned Amsterdam Baroque Orchestra & Chorus, there is no such debate: “I draw the line at Mozart‘s death,” he says flatly, and has stuck to that conviction through the bulk of his remarkable career as a conductor, organist, and harpsichordist. In fact, Koopman delights in playing Amadeus’ keyboard works – yes, he of the graceful, indelible piano concertos – on the harpsichord!

Koopman and his wife and fellow harpsichordist Tini Mathot will be doing just that tonight in a milestone Early Music Month concert presented by the Portland Baroque Orchestra. Today, the PBO is widely recognized as one of America’s most accomplished period orchestras, but that was hardly the case 30 years ago, when almost by happenstance Koopman became the first Artistic Advisor to the self-described, “small, scrappy band.” As Koopman later recalled to the Oregonian: 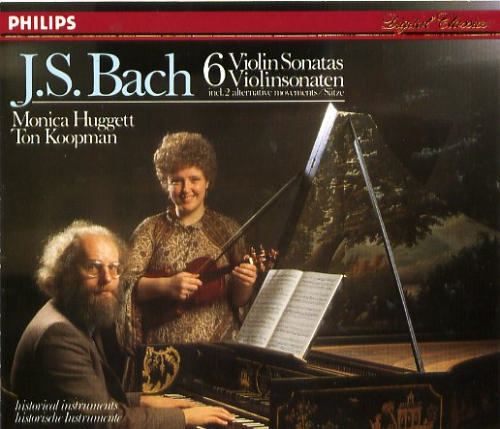 “I was severe, like a father to his children….” He hastened to point out in a recent conversation that having to work hard on intonation and ensemble was common at the time. “It was the same thing with the Amsterdam Baroque Orchestra, the same thing in Portland. We all had to learn a lot to make a beautiful sound.” He remembered the notoriously difficult valveless brass as sometimes “impossible,” and when there were only three first violins available, “it was too dangerous for the intonation.”

It will be nothing but smiles tonight by Koopman and Mathot when they return to Portlandia to explore works for one and two harpsichords, and to be joined onstage by violinist Monica Huggett, the PBO’s current Artistic Director, who has been a “baroque-builder” with Koopman on both sides of the Atlantic. Huggett was a founding member of the Amsterdam Baroque Orchestra in the late ’70s and succeeded Koopman at the artistic helm in Portland. Remarkably, however, tonight’s performance will be the first time these two modern giants of early music have shared a stage together in 25 years!